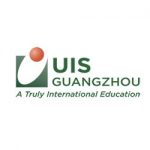 Ferdinand de Saussure, a Swiss linguist and semiotician, and the founder of theoretical linguistics, once said that “Language and mind are like the two sides of a piece of paper: neither can exist without the other.”

Many third culture kids (TCKs) belong to a school of thought who stoutly believe that the mother tongue of a person or a people constitutes a cultural, social and personal value, a basic qualitative component of one’s existence rather than a simple tool of communication. Consciousness of a 21st century world and of others and ourselves, by necessity, passes through notions structured and expressed by means of language. The fact that TCK’s can express their conception and talk about it in their own language, is possibly more significant than ever before. It is their history, their identity and the physiognomy of their nation. In this sense, language is for them the main component of their conscience, what constitutes their identity as a person and distinguishes them from being simply a part of a mass.

It is for this reason that it is so important for a third culture child, especially one who studies in English, to master their mother tongue or a foreign language. Mastering it means to come to know a different conception and structuring of the world. Access to more than one foreign language is even better; it is the best way to combat a language monopoly and to find additional ways to view the world. And it is for this very reason that international schools like Utahloy International School Guangzhou (UISG) have invested substantially in enhancing their mother tongue program.

Located in the South of China in Guangzhou, UISG offers a mother tongue programme in languages such as French, Spanish, German, Korean, Chinese and Japanese. Dr. Michael Wylie, Head of School, says development of each child’s mother tongue must start from an early age, and that frequency is key. “UISG is a truly international school, and as such, we offer the widest possible range of languages and subjects to meet the needs of our families who represent over 50 nationalities. Children, in the process of becoming bilingual or trilingual from the onset, must learn about their own and other cultures and develop a sense of appreciation for diversity and international-mindedness, which will enable them to live comfortably in culturally distinct environments and situations,” he says. The UISG mother tongue programme allows students to comprehensively develop their language skills to a high level to enable them to understand and deepen their learning of all other subjects, whether that is an academic subject such as Maths or History, or even the learning of a third language.

In the lasting words of Ludwig Wittgenstein, “the limits of my language mean the limits of my world”. Lest we forget that mastering your own language, or more, is in fact, an opus vitae in our global village.