Why study in India?

India is a bright and vibrant country with a great mix of different cultures and people.
India is the second largest country by population with over 1.2 million people representing a sixth of the world’s total population. India has many different religious and ethnic groups. The most popular religion is that of Hindu (approx 80%), followed by Muslim (12%), Christian (2%) and other religions such as Sikh, Buddhist and Jain.

In 2015, the Indian economy was the world’s seventh largest by nominal GDP and third largest by purchasing power parity. Following market-based economic reforms in 1991, India became one of the fastest-growing major economies and is considered a newly industrialised country.

The official language of India is Hindi and is spoken by approximately 30% of the population. English is also prevalent and is the major language of the trade and service sectors.

There are generally two seasons in India; a rainy season and dry season. From October to March, the weather is, on the whole, drier and mild. Monsoons and flooding are common during the rainy season.

India attracts large expat populations and there are many international schools to fulfill their demand. International education in India is developing fast and many different international curricula are proposed to students from pre-K to 12th grade. Parents need to be sure they are considering top tier schools with valid and current accreditation from recognised international authorities.

Our selection of the best international schools in India

Kodaikanal International School is an international residential school located in the hills of South India. At 7000 feet above sea level, the beautiful hill station… 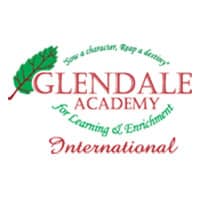 Glendale Academy International, a CBSE affiliated school is situated on a lush 10 acre campus near Golconda Artillery Centre, Hyderabad. The school was established in…

The Best International Schools in Bangkok

The Best International Schools in Doha

The Best Boarding Schools in India

The Best International Schools in Asia

The Best International Schools in Bangalore