The efterskole is a unique one-of-a-kind school concept. But what is it? How does this school differ from other schools? And how did this school tradition originate? This type of school is known for its focus on transformative development of young people, its value of enlightenment rather than formal education, and is today becoming increasingly popular internationally. Read more about where and how it was established and how Ranum Efterskole College builds on this tradition.

Denmark, officially the Kingdom of Denmark, is a Nordic country in Northern Europe. Denmark, which is the southernmost of the Scandinavian countries. It consists of a peninsula, Jutland, and an archipelago of 443 named islands, with the largest being Zealand, Funen and the North Jutlandic Island. The islands are characterised by flat, arable land and sandy coasts, low elevation and a temperate climate. Denmark lies southwest of Sweden and south of Norway and is bordered to the south by Germany. The Kingdom of Denmark is constitutionally a unitary state comprising of Denmark and the two autonomous territories in the North Atlantic Ocean: the Faroe Islands and Greenland. Denmark has a total area of 42,943 km2 as of 2020 and the total area including Greenland and the Faroe Islands is 2,210,579 km2. Denmark has a population of 5.83 million and is a thriving democratic culture and society shaped by its Nordic traditions and strong welfare system where all citizens have equal rights to social security, health and education. Denmark is often referred to as one of the world’s best places to live due to the high level of equality, trust and freedom – and not to forget one of the happiest countries in the World.

Despite its relatively small size, Denmark has throughout history managed to reinforce its position in the World as a country where great inventions, creativity, art and ‘hygge’ have sprung from. Who do not remember the great fairytales from the mind of Hans Christian Andersen, recognise brands such as LEGO, MÆRSK or Pandora, or maybe even seen the great wings of the Vestas wind mills that are part of the renewable energy that covers over a 1/3 of Denmark’s electricity consumption produced by wind power?

Denmark is an ideal starting point for young people, who want to explore Scandinavian culture, heritage and language, whilst still pursuing an international education in Europe.

Its location in Northern Europe and its many connections to other European countries and the rest of the world, offers many opportunities for further exploration and continuation of studies.

The Danish efterskole was founded in 1851 by Kristen Kold based on the educational ideas of the famous Danish poet and priest N. F. S. Grundtvig (1783-1872), who founded the Danish folk high schools. The educational ideas of Grundtvig was to provide ‘enlightenment for life’ rather than formal vocational training. Grundtvig wanted schools to arouse in the students an understanding of them-selves and their place in life. Narrative and ‘the living word’ were given the favored position previously allotted to books, and teachers would inspire students by talking about life, history, poetry and mythology. While Grundtvig intended the folk high school to be for adults, Kold wanted to reach young people when they entered puberty. Today, 150 years later, the efterskole is still for students age 14-17 and more than 30,000 students attend one of 260 efterskoles in Denmark each school year.

The Efterskoles in Denmark has changed quite significantly since the first founded by Kold and they differ from each other in terms of what they can offer young people. Nevertheless, the efterskoles will all share the key values of focussing on both the student’s educational and personal development. The efterskoles are today still based on the idea of combining academic learning with “life-learning” as a preparatory tool for all aspects of life, as well as facilitating an understanding of “the individual in a community”. Solidarity, community and unity are key concepts within the Danish efterskole. It is inherent in the culture of many efterskoles, that they be a reflection of societal diversity and thus shall offer a variety of opportunities for personal, professional and cultural development.

Compared to public schools the efterskole has substantial freedom in terms of e.g., choice of subjects, teaching methods and educational approach. These vary in accordance with the school’s political, religious or pedagogical orientation. Freedom of the efterskole is assured by substantial state subsidies to both schools and students.

One of the things that are unique about the efterskole is the teacher-student relationship. The teacher is responsible for both teaching and supervision outside of school hours. This means that teachers and students are together all day, from the time they wake up until they go to bed. This often engenders a close, personal and non-formal relationship between students and teachers.

The Efterskole Society of Denmark (Efterskoleforening) has produced a very informative short film about the Efterskole.

Ranum Efterskole College is one of the largest Efterskole in Denmark and is located in picturesque Himmerland in Denmark on a 20.000 m2 school campus, with 4 residential houses, sports facilities, green areas and much more. The school offers the Danish 9th and 10th grade, 20+ International Cambridge IGCSE subjects, 60+ extracurricular subjects, and 3 study trips around the world. The school has different academic levels within each subject giving you the opportunity for a personalised learning profile.

A Year with A View to strengthen Intercultural Understanding

Ranum Efterskole College believes that interacting with other cultures will ultimately strengthen students’ personal development and give them a stronger sense of being an individual in a global society – For this reason, the school travel 3 times during each school year to destinations around the world and invite teachers and young people from abroad to come to the school. Ranum Efterskole College is very much aware of being a part of an interconnected global society. Due to this, the school believes that tolerance and acceptance are essential in facilitating an intercultural understanding, and that curiosity and open-mindedness are key elements in establishing 21st century competencies.

Ranum Efterskole College is founded on the philosophies of ‘Inclusive Community and Learning’ and ‘Participatory Democracy’. The school believes it to be their prime objective to provide a framework in which students and teachers in unity contribute to the development of school curricula and activities.
This objective, amongst others, ensures an understanding of community, democracy and responsibility, whilst nurturing students’ personal development and skills. The result is often quite visible in among other, the wide range of extracurricular subjects and activities offered at the school, as new subjects are developed all the time in collaboration between students and teachers – subjects like Coral Restauration, Cheerleading, Greenfingers, Sailing just to name a few.

Ranum Efterskole College has a strong network and collaborates with schools and global educational institutes from all over the world. Among its partners are international organisations such as Cambridge Assessment International Education, the Nordic Network of International Schools, American Fields Service (AFS), ECIS, UNESCO and The Duke of Edinburgh Award.

The school’s international oriented educational programme prioritizes discussing and implementing the UN’s Sustainable Development Goals. Both teaching at home and travels abroad prepares the students to discuss and act on global sustainability.

“Most of my classmates in Hong Kong choose to study in English-speaking countries, such as England, America, Australia etc. However, I wanted to study in a non-English speaking country. I thought it would be fun to learn a new language and experience a different culture, so I choose to study in Denmark. I choose Ranum Efterskole College because it is an international boarding school and the school provides a lot of activities and opportunities to learn outside the classroom. There are three trips throughout the year, where I got the opportunity to apply the techniques and academics that I have learned in class, which really broadened my horizon.

I met people from all over the world and made life-long friendships at Ranum. I can now have a minor conversation in Danish with my friends and my host family. My favourite Danish words are “hygge” and “fællesskab” (community). I really love the concept of “hygge”. The Danes know how to enjoy being together and life in general. That is what “hygge” is all about.

Ranum Efterskole College is definitely different from other schools, because it provides you with a huge amount of opportunities to learn and explore yourself. You will find new interests. You will have a close relationship with the teachers and friends, because you spend every day with them. You will find a second family and home.

After a fantastic year at Ranum I have no hesitation recommending others to come to Ranum Efterskole College!” 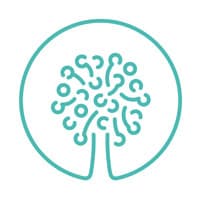 Ranum Efterskole College is a Danish and International residential school located in picturesque West Himmerland of Northern Jutland in Denmark. Each year over 450 students, between the ages of 14 to 17, from 28 different countries choose to spend 1 to 2 years at Ranum Efterskole College to pursue and realise their goals. The school offers an extensive range of subjects and activities, such as 20+ Cambridge IGCSE subjects, 60+ extracurricular subjects, and 3 study trips throughout the world!