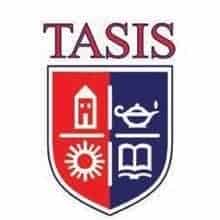 Where Do TASIS Students Go for Fall Academic Travel?

Students in grades 8–12 went on more than 20 separate trips to eight different countries around Europe earlier this month. Learn more about where they went and what they did

TASIS pioneered the concept of Academic Travel in 1956, and the School’s students have been exploring Europe ever since. Twice a year, all Middle School and High School students step away from their traditional classroom setting and embark on week-long trips related to courses of study, particular interests, or grade levels. Students and faculty chaperones enjoyed the following trips during this year’s Fall Academic Travel period, which fell during the school week of October 31–November 4. ArtsAspiring photographers and visual artists traveled as two separate groups to Venice, Italy, where they visited the Peggy Guggenheim Gallery, attended a concert at Scuola Grande di San Teodoro, and honed their crafts in Piazza San Marco and other historic locations around the city.HistoryHistory students visited Rome, Italy, where they experienced Time Elevator Rome, took a lesson at the Gladiator School and a cooking class at Origano, and spent plenty of time touring the city both on foot and by bike, exploring marvels such as the Basilica of Santa Maria Maggiore, St. Peter’s Basilica, Palazzo Colonna, Trevi Fountain, the Colosseum, and the Vatican Palaces and Museums.Literature

AP and IB English Literature students traveled to Dublin, Ireland, for a literary tour of the historic city. They toured the city by bike; took a walking Dubliners tour; visited the Trinity College Library, the Titanic Belfast Museum, the National Gallery of Ireland, and the Dublin Writers Museum; saw Donegal at the Abbey Theatre and Who’s Afraid of Virginia Woolf at the Gate Theatre; and explored many other places in and around Dublin, including the Iveagh Gardens, the W.B. Yeats exhibit, the Dublin Castle, the National Library of Ireland Reading Room, and St. Patrick’s Cathedral.Three separate groups—Honors World Literature, Modern History I, and Modern History II—visited Florence, Italy, and logged plenty of miles touring the city’s many historic sites. Among other highlights, the World Lit group took a Dante Tour, recited poetry along the Arno River, and attended an Adaptation Workshop while the Modern History groups visited the Galileo Museum and the Uffizi Gallery, toured the Galleria dell’Accademia and Boboli Gardens, and browsed the city’s open markets. Italian

Italian language learners traveled to Sicily, Italy, where they enjoyed home stays with families in Trapani, Segesta, Scopello, Marsala, and Erice. Students took Italian classes each morning, spent time getting to know their host families, and embarked upon a variety of excursions around the area.FrenchFrench language learners spent their week in Lausanne, Switzerland. They stayed with host families, took French lessons each morning, and explored the Olympic Museum, the Art Brut Museum, and the Lausanne Cathedral.SpanishStudents looking to give their Spanish a boost spent a lovely five days in Seville, Spain, where they bonded with host families, attended a language school, and got to know the area by exploring destinations such as the Seville Cathedral, the Alcázar of Seville, and Barrio Santa Cruz.Physics

IB Physics II students began their trip in the Swiss canton of Bern, where they visited the Einstein House and the Mϋhleberg Nuclear Power and Hydroelectric plants. The group then stopped at Mont Crosin to examine the largest wind farm in Switzerland before continuing on to Geneva, where students explored the European Organization for Nuclear Research (known as CERN) and the History of Science Museum. On the way home, the science enthusiasts had an opportunity to stop in Verbois to visit SIG Solar 3, one of the biggest solar power plants in Switzerland.EnvironmentalIB Environmental Studies students spent five days at the Cyprus Environmental Studies Center in Limassol, Cyprus, before spending an evening in Athens, Greece, on their way back to Lugano. While in Cyprus, students performed field studies in freshwater ecology, coastal ecology, pond pollution, and biomass.BiologyBiology students made their way to Liverpool, England, where they visited the World Museum and spent seven sessions learning about different aspects of human biology at the Liverpool Science Park.Advanced Science

In preparation for their International Baccalaureate Internal Assessments, advanced science students in either IB Chemistry II or IB Biology II spent extended sessions at the Biochemistry, Neurology, and DNA laboratories at the Zurich University Science Center and worked with an MRI scanner during a tour of a children’s hospital.The Servant of Two MastersStudents involved in the TASIS production of The Servant of Two Masters traveled to the Italian region of Veneto with the aim of building technical skills, gathering sense memories, preparing for tech week and performances, and, most importantly, bonding as a company. They also carved out time to explore the cities of Bergamo, Padua, Venice, and Vicenza.Art History and Music

Two groups—Art History and Music—flew to Vienna, Austria. The Art History group visited the Museum of Fine Arts, the Secession Museum, the Sigmund Freud Museum, the Leopold Museum, the Austrian Museum of Applied Art, and the Academy of Fine Arts while also exploring a number of landmarks around the city, including the Church of St. Leopold, Schloss Schönbrunn, the State Opera House, the Imperial Burial Vault, the Upper Belvedere Palace, St. Stephen’s Cathedral, and the Postsparkasse.The Music group also toured the city extensively in addition to visiting Mozart’s house, enjoying dinner and music entertainment at the Vienna City Hall, watching “The Magic Flute” at Volksoper, seeing a ballet at the Vienna State Opera House, and taking in Euskal Barrokenensemble at Wiener Konzerthaus.The entire ninth grade journeyed to the Outward Bound Center in Baad, Austria, where they engaged in team-building exercises, went on numerous hikes, tackled climbing walls and a high ropes course, abseiled down a rock face, and spent an evening in a mountain hut (or even camped outdoors!).Eighth Grade Students in eighth grade flew to Barcelona, Spain, where they enjoyed a guided tour through the Medieval Quarter and the Jewish Quarter, saw a flamenco show, visited the Picasso Museum and Camp Nou Stadium, and took a tapas cooking class and a Picasso workshop.Seventh Grade

Seventh grade students enjoyed four days in Napoli, Italy. The group explored the excavations of Pompeii and Mount Vesuvius, toured the Royal Palace of Caserta and Teatro di San Carlo, visited a mozzarella factory, had a cooking lesson, and finished with a guided tour of Napoli.Sixth GradeStudents in sixth grade traveled to Italy and spent their time in either Verona and Mantova. They participated in a scavenger hunt that led them to discover landmarks around Verona before moving on to Mantova, where students toured Palazzo del Te and Palazzo Ducale on foot and the comune of Sirmione by boat.Students took Italian classes each morning, spent time getting to know their host families, and embarked upon a variety of excursions around the area.