Switzerland is one of the most difficult countries in Europe when it comes to entering higher education. Only 18% of the population are allowed to enter and study at traditional universities. A further 10% choose alternative routes to higher education and 70% undergo vocational training. In the EU and internationally at least 40% study at traditional university and less than half of the population opt for apprenticeships. While Switzerland, particularly the German speaking part, places significant hurdles in the way of adolescents aiming for university (Geneva and the Ticino are the two exceptions to this rule), it is a major importer of foreign academics, which now account for nearly 20% of the population of larger urban cantons like Canton Zürich.

Cantons vary in terms of the time and the method of selection. As a result, entrance into academic elite schools (“Gymnasiumˮ, “lycéeˮ, “école de maturité”, “collège”, “liceo” etc) will either be somewhat difficult and stressful (e.g. in Eastern Switzerland, Zurich and other cantons) or relatively unproblematic (Central Switzerland, Basel Stadt, “la Romandie” and Ticino).

In nearly all Swiss cantons children are preselected in Year 5 and selected in Year 6 (last year of German-speaking primary school or Cycle 2 in French-speaking cantons). In Ticino, selection happens in Year 5 before entrance into “scuola media” (“ciclo di osservazione”). As children enter lower secondary school they will be put in different streams or even different schools depending on the cantonal system.

The academic elite in most cantons will continue into Year 7 in the highest stream of a comprehensive lower secondary school, as in St Gallen or Thurgau, most of “la Romandie” and Ticino. In some cantons, however, there are different lower secondary schools for different academic levels, including a lower secondary school for top students (“Progymnasialklasse” in Fribourg, “voie progymnasiale” in Vaud, “Sekundarschule P” in Basel-Land, “Bezirksschule” in Aargau). A minority of German-speaking Swiss cantons even have a six-year academic elite school called “Langgymnasium” (the first two years can also be called “Untergymnasiumˮ, as in Graubünden).

Students with average ability will find themselves in an academically less challenging stream of lower secondary school (“Sekundarschule”, “école secondaire”, “scuola media”) where the main focus is on the more demanding apprenticeships (such as commercial apprenticeships, IT or health care). A minority of students will also attempt to enter academic elite schools at the end of Year 8 or 9, depending upon the canton (Year 11 in “la Romandie”).These programmes are either offered at separate institutions (“Sekundarschule Aˮ or “Sekundarschuleˮ in many German-speakingcantons or “voie générale” in Vaud) or they are part of comprehensive lower secondary schools for all academic levels, as in St Gallen, Thurgau, most of “la Romandie” and Ticino.

Students perceived to be of low academic ability will not normally be offered a way to enter academic elite schools after Years 8 or 9, though some cantons have started to pave the way to higher education for students of such schools. Students with low academic ability will be put either in lower secondary schools whose leavers mainly serve manual apprenticeships (called varyingly “Sekundarschule B”, “Realschule” etc) or join the lowest stream (“Grundansprüche” etc) of a comprehensive lower secondary school, as in St Gallen, Thurgau, “la Romandie” and Ticino. There are also special-needs schools for those unable to join regular lower secondary schools (PCEDS, “enseignement spècialisée”, “scuole speciali”, “Sonderschulklassenˮ, “Kleinklassen”, “Werkschuleˮ). Most Swiss schools will try to keep special-needs students in mainstream schools with integrated learning support (“integrative Förderung”, “soutien intégratif”, “sostegno integrativo”).

Years 8-9: Selection of the Academic Elite

Most cantons in Switzerland entrust the teachers of lower secondary schools with the selection of students for academic elite schools. The main requirement will be a good school report at the end of the first semester of Year 8 or 9. Other cantons select on the basis of school reports and externally assessed entrance tests, while a minority rely only on externally assessed entrance tests (see below).The remaining students start apprenticeships with or without the vocational university entrance exam or join a specialised middle school.

In Eastern Switzerland, two or three cantons including St Gallen and Thurgau base the decision entirely on entrance tests and admit no more than 15% of all students. In half a dozen cantons (mostly in German-speaking Switzerland) the decision depends on the school report and an entrance examination; entering academic elite schools will be both difficult and stressful in such cantons and about 20% on average make it. In the overwhelming majority of Swiss cantons the decision is left to the lower secondary school teachers of Years 8 and 9 and entrance into academic elite schools poses less of a hurdle; in such cantons up to half of all students end up at an academic elite school (e.g. Geneva and Ticino).

Schools for the academic elite after Years 8 and 9

In nearly all cantons the academic elite is separated in Year 8 or 9 from the majority of students and educated in specialised academic elite schools with a programme of between three and four years. In Valais academic elite school covers five years (“Kollegium”). They are varyingly called “Kurzgymnasium” or “Gymnasium” (most of German-speaking Switzer-land), “collège” (Geneva), “lycée” (Jura, Neuchâtel), “liceoˮ (Ticino), “école de maturité” (Vaud) or “Kollegiumˮ (Valais). The remaining students continue into Year 9, when there is a second chance to join an elite school.

Written by Robin Hull, author of ‘A Guide to the Swiss educational system’

This is an excerpt from the only overview of the Swiss educational system in English currently in existence for parents with an international background. It can be ordered on www.guideto.ch 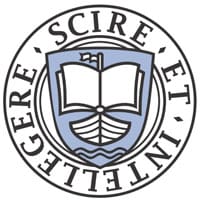 Hull’s School is the first English college in Zurich for teenagers. The four-year college programme taught in English (except for modern languages), and covers the UK Fifth and Sixth Forms (Years 10 to 13). Students are prepared for IGCSE and A-level examinations.

Why You Should Join A Summer Camp in Switzerland!