Soon after the Yew Chung International School of Beijing Primary Student Council’s 12 members were elected, they were posed a question by teachers; they were asked to think about what projects they’d like to work on during the year that would benefit the school community. After brainstorming and deliberation – and inspired by the Character Education Programme that permeates students’ daily lives and classroom lessons – they decided to start a charity project.

The question then turned to what type of project, and which organizations would students work with? With the cold Beijing winter ahead, students chose to organize Operation Coat Our Kids, a clothing drive in which students, parents, staff and teachers could contribute new or used clothing to be distributed to local charities Shepherd’s Field Children’s Village and the Migrant Children’s Foundation (MCF).

Cherie Anderson, Primary EAL Team Leader, shares more information about the clothing drive, including why the project has been so successful, and why students felt that the best way to benefit the YCIS Beijing community was to show their love and compassion to those less fortunate than themselves.

From the outset, the members of the Student Council were highly passionate about the clothing drive and were able to spread their enthusiasm amongst the school community. Once teachers helped to pick the name and dates of the project, the students took over, creating posters – both paper and digital – to be passed and shared around the school. They also helped to liaise with Casey Fanning, YCIS Beijing’s Community Development Division Coordinator, who kept the project at the forefront of children’s minds by speaking of it during weekly assemblies.

Another element that they added to the clothing drive was to have a bake sale, all proceeds from which were donated to Shepherd’s Field and MCF. Delicious food brings out the excitement in everyone, and the bake sale raised over RMB 4900!

Finally, the project has also been successful because there’s been a great response from the parent community. In getting involved and donating clothes, parents have demonstrated the same empathy and compassion that YCIS Beijing seeks to instill in all students – parents thereby have been excellent role models for their children. 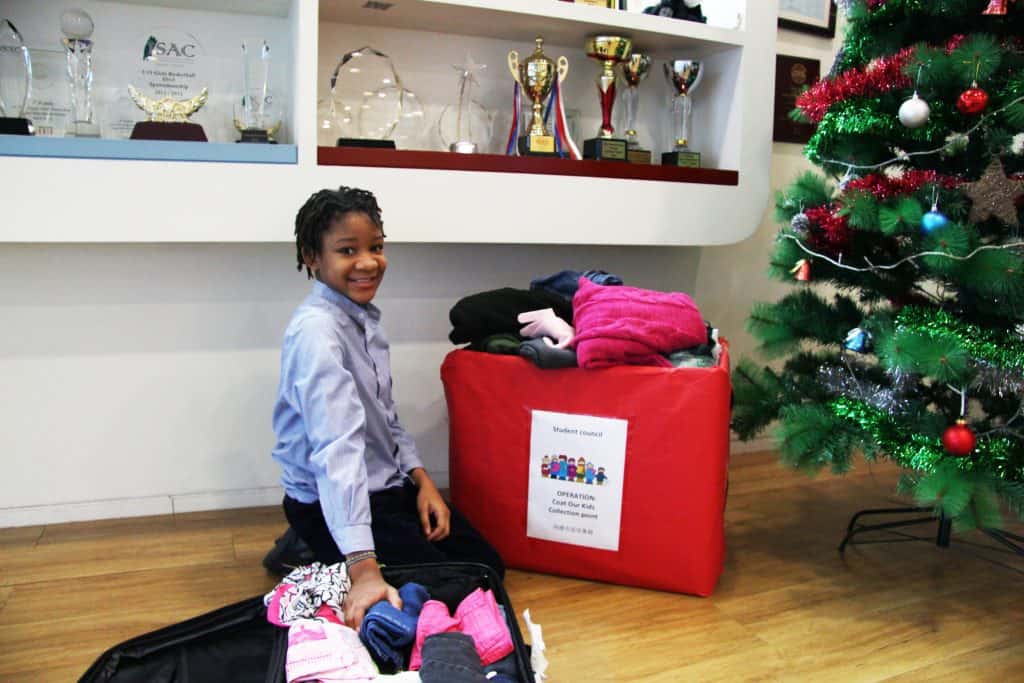 Help Yourself by Helping Others

When tasked to start a project that would benefit the school community, the students’ immediate response was to do something that could support a local charity. Because they engage in charity activities throughout the year – and through the Character Education Programme, traits such as empathy and generosity are brought into the classroom and stay on students’ minds – they immediately and proactively made the connection between social outreach and building a strong school community.

Additionally, with this project specifically and the opportunity to partner with the Migrant Children’s Foundation, many Primary students learned for the first time about the challenges that face migrant workers and their children in Beijing. These children, whom are the same age as YCIS Beijing’s own students, have limited access to sufficient housing and education. Through this first-hand exposure, students gained an increased awareness and appreciation of the many advantages that they have in life, and reinforced in them the desire to give back.