My piece this week is written almost entirely by someone else. Jenny Lu was born in China and emigrated to the United States when young. She wrote this piece a week or two ago for the personal section of the Huffington Post, a web-based news provider in America. It was headlined thus: Why I Dropped Out Of An Ivy League College Just 3 Weeks Into Freshman Year.
Given that some of our seniors are focused right now on the deadline for applications to Cambridge and Oxford, and some are applying Early Decision and Early Action to highly selective American colleges, Jenny’s story is a timely reminder of some aspects of the college maelstrom that can easily be passed over, or forgotten entirely. Jenny’s record of her experience is, in my opinion, well worth quoting in full:

At the end of August, I packed my bags and said goodbye to the University of Pennsylvania after having moved into my new dorm as a first-year student only a couple weeks prior. I came home to Medford, Massachusetts, to shocked family and friends, everyone wondering where I had gone wrong, including myself.

I immigrated to the United States from China at the age of 6 with my mother and a much older brother more than a decade ago, with the primary purpose of me having access to an American education and job opportunities. From kindergarten through 12th grade, I buried my head in textbooks and homework, constantly working to be the best student I could be. My elementary and middle school teachers called me “exceptionally bright.” My high school teachers told my mother that I had a promising future. I was ranked number four in my class of more than 300 students; I was the president of the biggest community service program at the school; I had an amazing SAT score.

I was the “model minority.” Here and in China, I have always been the success story that my mother’s friends told their children. “You should be like Jenny,” they said, “she gets good grades and will go to a good college and will get a good job and will make lots of money.” That is the Chinese definition of success. So when I was accepted on a full scholarship to the University of Pennsylvania last December, everyone thought that it couldn’t get any better for me.

But what people saw was an illusion that couldn’t be further from reality. Many nights were sleepless and when I did have time to sleep, I needed medication to help with insomnia. I was not the only one. I saw the cloud of pressure about grades and college loom over others, particularly within the top students in our grade, many of whom I am close with. I believe it is that pressure that has driven students like me to become as academically successful as we are, but it is also a pressure that constantly overwhelms us. It comes from the parents, the system and within ourselves as well.

It seems like we have become so desensitized as a society that the depression and exhaustion that students face is treated as something that is completely normal. As the college application process becomes increasingly competitive, parents place more pressure on their children to work harder with the goal of getting into an elite school.

I believe that this is especially prevalent in Chinese and Asian families. When I scored lower than expected on my first SAT exam, my family pushed me to take an intensive course to improve my score. Hiring tutors is very common among our family friends and in Chinese households in general — not just for the SATs but for homework, essay writing, college interview prepping and just about anything else that could help their children get ahead. Looking outside of my bubble, I felt a pang of jealousy seeing how lenient non-Asian families and parents were with their children’s education. Pressures surrounding school and college exist within every culture, but it feels like it’s particularly extreme in many Asian families.

I never communicated the pressure and stress that I felt. Mental health was not recognized or discussed in my household. In fact, I’m not even sure how to say “mental health” in Chinese. I was conditioned to internalize these types of emotions, to deal with them alone. The problem is that these struggles are not dealt with. They are bottled up, and many of my Asian American friends have confessed the same.

I’m not even sure how to say ‘mental health’ in Chinese. I was conditioned to internalize these types of emotions, to deal with them alone.
It took me being physically at Penn — there in the dorm, in classes and on campus — to really know that it was not for me. As I went through the motions of the first few days of classes and navigated through dining halls, recreational spaces, and even the city of Philadelphia, I couldn’t picture myself there for another day, let alone the next four years. With my state of mind at an all time low, I made the decision to leave with the help of my academic advisor at the university, who supported me and gave me the courage to tell my mother the truth. The three of us had a meeting where, for the first time in many years, my mom and I communicated how we felt.

I told my mom that I wasn’t going to be happy or fulfilled at Penn, and that I needed a break from the pressures of academia. She told me that as an immigrant, this path that she pushed me to stay on was the only one that she has known, and that she only wanted the best for me. With the help of my advisor, my mom opened up to the possibilities outside of the Ivy League, whether it meant a different school, a gap year or something else. It was a hard, emotional conversation, but it reassured me that beneath my mom’s expectations lie love and good intentions. Knowing that I had my mother’s support even in her disappointment drove me to keep moving forward despite this setback.

In the weeks that I have been at home, I have been working, volunteering, spending time with people I love, and doing some serious reevaluating of where I want to be and what I would like to do. There are no clear answers to either question yet, though I do know now where I don’t want to be and what I don’t want to do. More importantly, I no longer feel an extreme sense of urgency to have it “all figured out.”
This is not to say that I have no ambition. I will be applying to university again, either for spring or fall of next year, but this time will be different. Though it might not be from one of my family’s first choice schools, I know that I will graduate in a field that I enjoy, and make my family proud nonetheless. I want students to know that whether you are applying to schools or feel unhappy at your current one, you are never stuck with only one option. And if you have no idea if college is for you or what career you’d like to pursue, take a break.

I know I made the right decision for me. I am only 18 years old. I have enough time.

These three final sentences are compelling, and must be haunting to some, especially older graduates looking back on choices that they now wish they had made differently. Let me expand just a little. We must remind ourselves, and our nearly adult children, that thriving at college, not merely surviving, depends on making choices that are right for each individual. Very often in life doing something ‘for me’ is merely selfish. In the matter of college choice, it is not: it is vital for success. Authenticity, being true to oneself and one’s considered instincts, is not just all right, it is all important. At 18, as Jenny Lu reminds us, youth is on the side of the young undergraduate. There is enough time, time for much that is rich and varied, and maybe off the road that is too frequently traveled. In the contemporary and future world of work, where we know that many if not most of our children will have a multitude of different jobs in their careers, taking the right amount of time in early adulthood is ever more important.

Please understand me. Do not get me wrong. Going to a highly selective college or university can be truly transforming. My years at Oxford were some of the most stimulating in my life. But this experience is not for everyone. Nor should it be. Going to colleges where we feel that we belong, where the fit is snug, can be even more transformative. We must allow our children the gift of guided choice, and support them on their journey even if their path is not parallel to ours, or to what we might project onto them by way of wish fulfillment for ourselves. 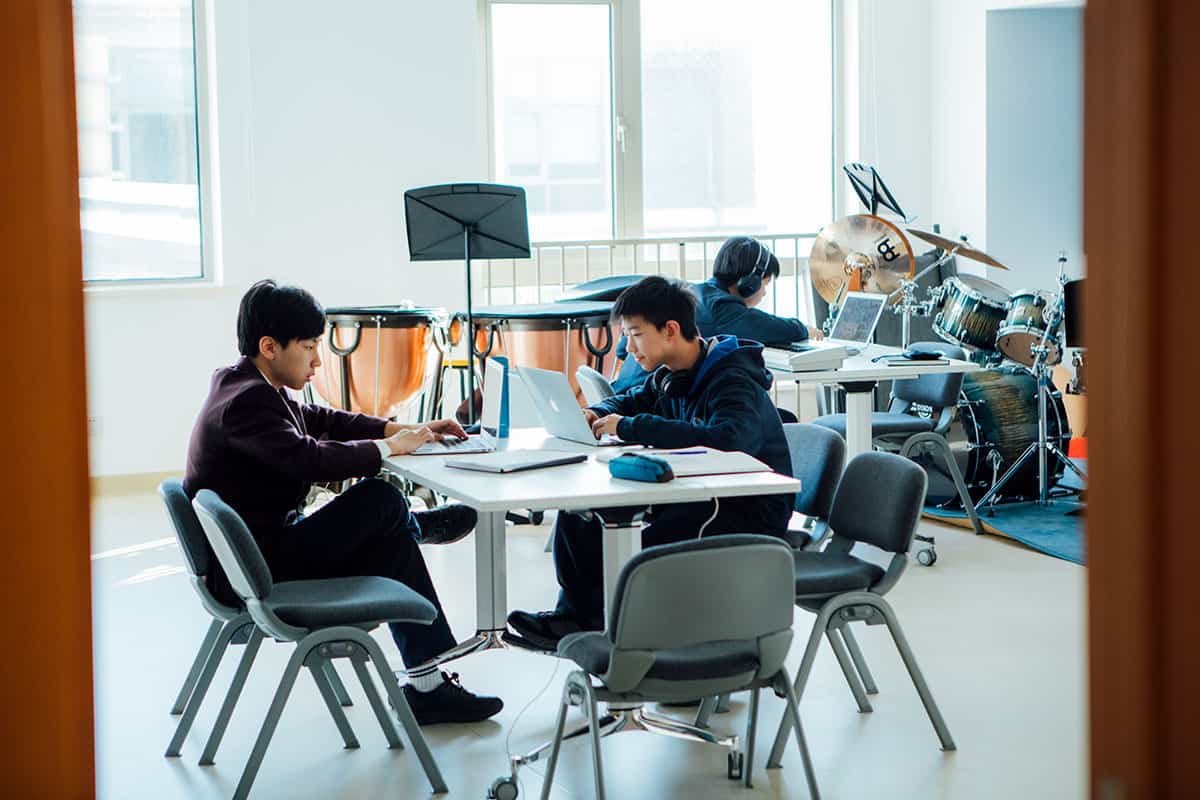