The week of Monday, November 18 to Friday, November 22 was Spirit Week at Keystone. The main purpose of this week is to nurture and build school spirit in ways that are creative. Each one of the five days has its own theme, and students were encouraged to dress in ways that reflected the theme of the day. A feature of many festive occasions organized by students here is that, in addition to the fun, they often have a side to them that is serious. I like that. Last week I wrote about the combination of party atmospherics with the celebration of community service at the recent Charity Ball. A similar mix of opposites occurred during Spirit Week, with themes ranging from Advisory Color Day and Character Day on the lighter side to History Day and Anti-Bullying Day on the more substantial. Friday was Be Yourself Day, and this was translated by many as Free Dress Day.

In the High School Assembly on that Friday afternoon, I asked the students to think about what it means to ‘be oneself’. The implications of this challenging concept are appealing, and adventurous, for each one of us. They have engaged the deepest thinkers, over centuries and in most cultures, and are central to many philosophies and religions. Being oneself is clearly more than being allowed to discard school uniform for a day, liberating as that may be, or to experiment with hair colors, catchy as such brightness always is. It is also more than being steadfast about academic integrity, the most powerful argument in favor of which is that passing off the ideas of others as your own will never allow you to ‘be yourself’ as an independent thinker. It is yet still more than instructing our Grade 12 students to be their true selves when they present these ‘selves’ to college admission officers, whether that be in writing or in person.

I suggested to the students in that meeting that a useful starting point might be to realize that ‘be’ is a stative verb: in other words, it refers to a state of being, not an action. And then there is that small word with enormous connotations, ‘self’. How do we interpret that, how do we find our self, where do we locate this elusive entity? It is definitely not an organ, like our heart or our brain. Yet it is not quite in the same in category as, for example, our ‘mind’. It seems to have a spirit and a being all of its own, this slippery self.

And so, being or becoming oneself might be a process of permanent discovery, a journey that begins anew every minute: in addition, it seems to me to be a journey of discovery linked to similar journeys made by others who are fellow travelers. Mystics and hermits might find, and be, themselves in isolation, but for most of us our expression of selfhood, our individuality, seems bound up in equivalent expressions by others of theirs. We are more likely to be ourselves when we are in the company of others who have discovered a comparable freedom to be themselves.

The previous few paragraphs have moved some way, apparently a long way, from Spirit Week. But they are closely connected to our school and to our second keystone, “building character and community throughout our residential setting”. Character and community are themselves closely connected to a central aspect of our Keystone project, that of bringing together the best of different traditions. ‘Character’ tends to be single and individual, ‘community’ social and collective. Embedded in these distinctions are contrasting cultural emphases of west and east. Here at Keystone we bring them together, allowing each to reinforce the other: we promote the art of being yourself, but we do so in the company of others who live together and who are also trying to learn and practice that same life skill, of being themselves.

I’ll end with two famous statements on this theme from the canon of English writing, both written about 500 years ago. First, Polonius in Shakespeare’s Hamlet:

This above all: to thine own self be true,
And it must follow, as the night the day,
Thou canst not then be false to any man.

And second, about 25 years later, John Donne in his Devotions upon Emergent Occasions:

No man is an island entire of itself; every man
is a piece of the continent, a part of the main;
if a clod be washed away by the sea, Europe
is the less, as well as if a promontory were, as
well as any manner of thy friends or of thine
own were; any man’s death diminishes me,
because I am involved in mankind.

If we are true to ourselves, but also live in the knowledge that we are linked to each other, not only will we not be false to anyone, but we will be faithful examples of the power of being oneself in community with others, not isolated but connected. 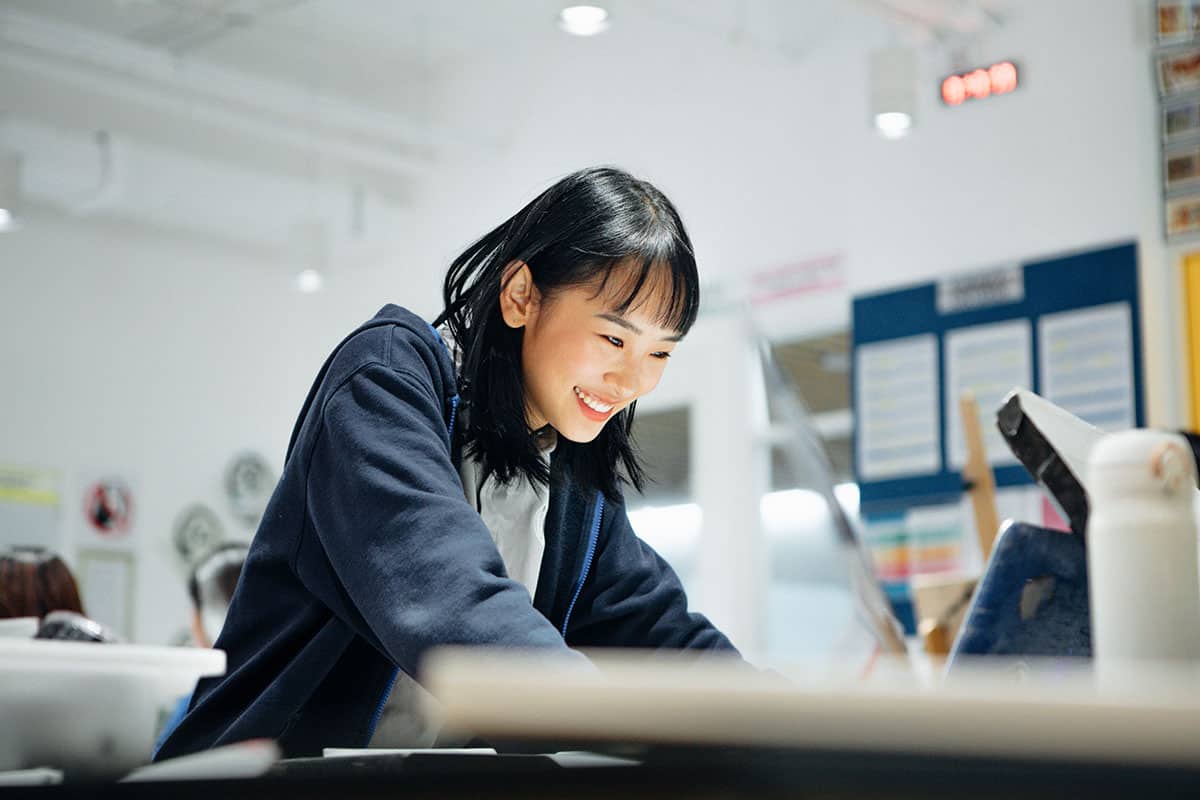