UN Officials at AIS for the United Nations Day

As host to the United Nations, Vienna welcomes expats and diplomats from around the world who make this city their adoptive home. Likewise at The American International School · Vienna, where global families find their home-away-from-home.

A multicultural school in this multicultural city, AIS draws inspiration from the UN and its guiding principles. Each October, AIS celebrates UN Day, kick-starting a year-round dedication to the fundamental integrity demonstrated by the international organization.

“UN Day exemplifies our school community’s commitment to global understanding and cultural integration. As home to students from more than 60 countries, we acknowledge, encourage and respect our differences while celebrating our shared passion for education and acceptance.” – AIS Director Steve Razidlo.

THE UN AT AIS
AIS celebrates UN Day with a full program, headlined by an all-school elementary assembly hosted by UN officials and attended by students, teachers, and parents.

A highlight of the ceremony is the Flag Parade where the youngest and oldest students from each country march in bearing their home flag while wearing native dress. The flags — which most recently numbered 47 — are then displayed during the festivities during which each grade, from Pre-Kindergarten through Grade 5, performs a traditional song or dance from around the world. Students also recite of the UN Rights of the Child.

Following the assembly, students attend a luncheon hosted by parents in the classrooms featuring handmade dishes from their home countries. From Japanese sushi to Israeli latkes, the food is often a highlight of the day as students learn about their unique cultures through cuisine.

In addition to the UN assembly and international lunch, AIS presents the International Hall, where parents and faculty host country booths, each representing a nation of our student body. Booths are decorated according to the country’s traditions and staffed by a citizen volunteer. Students are given a mock passport and “travel” to each country, earning a stamp in their passports by answering trivia questions at each stop.

UN & AIS’ SHARED BELIEFS
In 2018, the day-long celebration was highlighted, as in years past, by official UN publications and media, which focused on the organizations’ shared beliefs: the ceremony “emphasized the common values of both the United Nations and AIS,” says the UN Information Service (UNIS) website.
James Bradford, a Grade 5 student, spoke at the event — which also featured remarks by the U.S. Ambassador to Austria, Trevor D. Traina and Anneliese Heber from UNIS Vienna — emphasizing the ties between AIS and the UN. “The UN is a place where everybody has their own role to play, to help every country in the world, no matter how big or how small,” said Bradford.

“The UN is rather similar to AIS where everybody has their part to play: we respect each other and enjoy having so many different countries represented.”

Beyond UN Day, AIS lives the UN spirit all year long by hosting both high school and middle school Model UN Clubs, stepping into the shoes of diplomats and authentically simulating negotiations through debate and conflict resolution.

Participation in Model UN has multi-tiered benefits, according to the MS Model UN Day organizers and AIS teachers Derek Gonzales and Niel Dietderich: “It builds confidence and leadership skills while teaching students about our world and reinforcing what students learn in the classroom.”

The VIC was inaugurated in 1979 when the Government of Austria handed over the complex to the UN for the symbolic rental sum of one Austrian schilling (equivalent to 0.07 Euro today) a year for 99 years.

Today, the VIC complex — which has extraterritorial status — hosts about 40 international organizations housed in 4,500 offices with 3,600 international civil servants from more than 100 countries. The UN currently has 193 Member States acting in good faith to foster peace and security across the globe.

The United Nations, as the organization points out, is the world’s only truly universal global organization, and has become “the foremost forum to address issues that transcend national boundaries and cannot be resolved by any one country acting alone.”

It’s a mission that AIS supports, in action and in convention, as both organizations move forward into new decades of accomplishment. 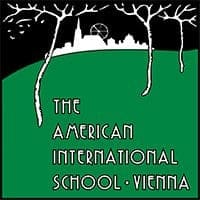 Set within the rich cultural context of Austria and beauty of the Vienna Woods, The American International School · Vienna is one of the top international schools in the country. Founded in 1959, AIS today proudly serves around 800 students, representing more than 50 countries, from Pre-Kindergarten through Grade 12 (IB Diploma, Austrian Matura Equivalency, or American Diploma). The AIS core values -- nurture, include, challenge, and respect -- ensure that students develop intellectually and interculturally, while internalizing the commitment and leadership necessary in today’s globally-minded world.

IB Results at AMADEUS Vienna: Well Above the World Average

Safeguarding High-Performance in Grade 11: How to Ensure Student Success Through COVID-19 School Closure