The wide sky has fascinated humanity for millennia, but it was until only the previous century when we were able to get outside of our home planet. Our curiosity has led us to reach for the stars—we already brought several of our kind to the Moon and created numerous machines that are currently exploring the vast unknown of space.

In the early years of the 2000s, nations that have successfully brought humans into space set their sights on sending crewed probes to Mars, in the hope of expanding our presence and prolonging our existence in the universe. But are we ready to rocket into another planet? Or is it rocket science?

The comeback of the Keystone Education Salon looked into the stellar progress of Chinese crewed spaceflight, straight from a spacecraft designer himself. Aerospace engineer and professor Hong Yang, who has played a significant role in the research and development of the said field, addressed an audience of eager students and parents at the Keystone Performing Arts Center (PAC) on January 8. 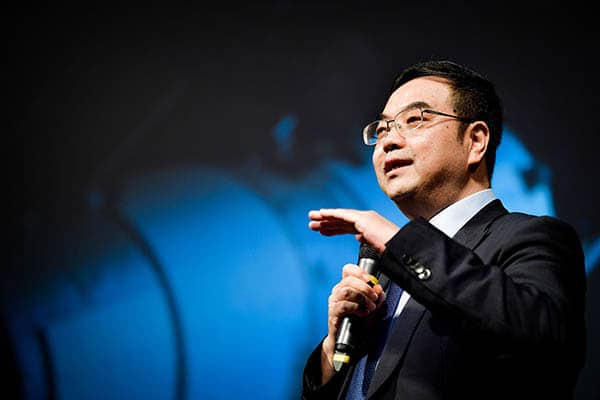 Yang, a current professor at the Institute of Manned Space System Engineering under the China Academy of Space Technology (CAST) and a fellow of the International Academy of Astronautics, has been involved in the Shenzhou program, serving as its deputy chief designer. He was part of the historic Shenzhou 5 crewed mission and also was the chief designer of the Tiangong 1 space platform.
During Professor Yang’s presentation and question-and-answer session, students flourished Chinese flags to commemorate the historic achievements of China in the field of space exploration.

Achieving Sustainability
Yang talked about the significance of the space programs of China, explaining that Chinese satellites set out to test technologies and conduct scientific research to prepare humans for spaceflight. Yang said the first four missions of the Shenzhou program assessed spacecraft structure and design to ensure the safety of astronauts during launch, docking, and return to Earth. The tests paid off as China successfully launched Shenzhou 5 and put into space former People’s Liberation Army fighter pilot Liwei Yang, the first Chinese astronaut, in 2003.

However, Yang highlighted that “one spaceship success does not equal maturity” or a fully ready space program.

“One success does not mean subsequent successes. These are a few words that we have learned and summarized during the program,” the professor explained further. “The safety of astronauts is in the hands of each of our designers. My predecessor asked me, ‘If you were an astronaut, would you dare to take the spacecraft you designed? You should treat yourself as an astronaut to see if you can dare to get on board.’”

As of 2020, China has launched five crewed missions and brought 11 astronauts into space. In another part of its space programs, the country had successfully soft-landed Chang’e 4 on the far side of the Moon in January 2019.

“We are on the road,” Yang said of the progress of the Chinese space program. “We are set to complete our goal to build a Chinese space station,” referring to the third and final phase of the Tiangong program.
He was the chief designer of the Tiangong 1 mission, which served as a platform for testing orbital rendezvous and docking technologies. Tiangong 1 was launched in 2011 and outlasted its original two-year mission, staying in orbit until 2018. During its operational service, Tiangong 1 was visited by three Shenzhou missions, including crewed flights in 2012 and 2013.

Tiangong 2 was launched in 2016 and functioned as a space laboratory. The third phase is a modular space station, with several modules and cargo spacecraft set for a launch within the next two years.

“On China’s space station, space resources can be fully utilized and developed so that we can conduct experiments in various fields. This can produce a large number of scientific research results and drive the technological and industrial development of our planet,” he told his young audience, much to their awe.

Bringing people to space is one endeavor, but Yang said achieving sustainability on an extraterrestrial level is even more important.

“Going further, we will go step by step: first, above the Earth’s orbit, and then land on the Moon. During our long-term travel in space, we have to solve the issue of supporting and sustaining human life. What do we rely on to survive? Oxygen, food, and water, right? If we rely on Earth for all of these, the cost will be tremendous.” 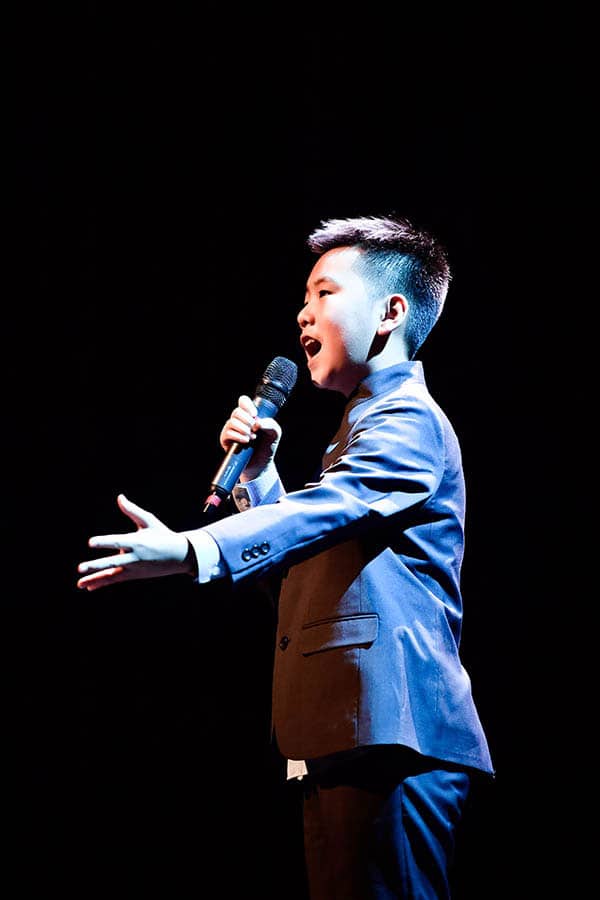 Before the start of the question-and-answer session, sixth-grader Mark Miao performed his rendition of “I Love the Blue Sky of the Motherland.” The young students in the audience continued to brandish their flags, with eighth-grader host Yi Gao noting the intense feeling of pride that “inspires everyone to have a passion for exploring the unknown.”

In the session, students asked Professor Yang about his career as a spacecraft designer. Yang said he wanted to be an engineer because his hometown of Changbai had only one when he was young. He learned that engineering has many fields but went to study aircraft design in university. Yang said he already realized his dream of becoming an engineer when he entered a national training program after university. Another student inquired about the hardest part of designing spacecraft, to which he responded reducing the risk of failure, especially for crewed missions. 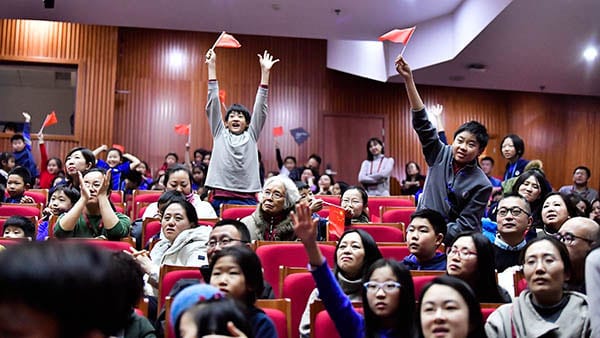 One student wondered what the next step for China after it completes the “three-step” Chinese space station program. Yang said the “next goal is to go to the Moon, but our strides in exploring space will continue.” Another youngster followed up, saying that humans have already landed on our celestial companion. He asked the professor which planet he thinks humans will soon visit.

“I’m concerned about this issue,” Yang answered, “We develop the space industry to be able to utilize resources in space and conduct experiments for the benefit of our planet. Our dreams will bring us far. But first of all, our priority is to solve our problems here on Earth.”

Marketing and Communications Director and salon organizer Sabrina Liu wrapped up the event with a passage from “Who Speaks for Earth?”, the final chapter of Cosmos written by the renowned astronomer and author Carl Sagan:

We have begun to contemplate our origins: starstuff pondering the stars; organized assemblages of ten billion billion billion atoms considering the evolution of atoms; tracing the long journey by which, here at least, consciousness arose. Our loyalties are to the species and the planet. We speak for Earth. Our obligation to survive is owed not just to ourselves but also to that Cosmos, ancient and vast, from which we spring.

“We believe that the future depends on our understanding and discovery of the universe,” Liu added. “We are born of the universe, and our destiny is closely intertwined with it. The source of the universe is calling to us and we are eager to return because this call comes from our birthplace. Let’s go on board, it’s time to set off for the stars.”

About the Keystone Education Salon Speaker
Mr. Hong Yang is currently a professor at the Institute of Manned Space System Engineering under the China Academy of Space Technology (CAST), where he has worked since receiving his master’s degree there in 1991. Professor Yang was the chief designer of Tiangong-1 and the deputy chief designer of the Shenzhou series of crewed spacecraft. Professor Yang is a Fellow of the International Academy of Astronautics.
His stellar work in the field of spacecraft design has earned him various accolades, including winning the prestigious China National Scientific and Technological Prize twice, in 2004 and 2013. His recent research interests also include information engineering and systems engineering.