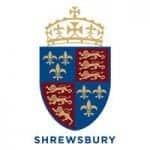 In a year of record breaking examination results, Shrewsbury students have now received further recognition for their efforts by the Cambridge International Examination Board, earning 38 of 120 Outstanding Learner Awards presented to students in Thailand in 2017, more than any other school once again. They include 13 Top in Thailand awards, the Best performance across 8 IGCSEs and 8 Top in the World awards: two thirds of all such awards presented in Thailand this year.

Nisada Sila-On was named as the top overall performer in Thailand over 8 different IGCSE examinations, the fourth year in a row that the award has been won by a Shrewsbury student.

Shrewsbury’s reputation for a centre of excellence for Art & Design was once again underlined with two more “Top in the World” prizes for Poonnika (Nina) Molloy (A- Level, now at NYU), and Supatra (Pat) Tachaplalert (AS level).  Shrewsbury’s Art Department has now notched 12 in Top in the World awards in the last 7 years.

Joining the “Top in the World” roll of honour for their performances at AS level is Head Girl Pimara (Pimmy) Soongswang (Biology), and Music Scholar, Mizuki Tojo (Psychology). Meanwhile Ploypat (Ploy) Teadullayasatit, Doaia Lokitiyakil, Watin (Gus) Lee, and Himilaya Agrawal scoop a quartet of Top in the World awards for the Mathematics department.

Himalaya is one of two award winners to have earned their prizes at Modern School, but who have now joined Shrewsbury’s renowned Sixth Form programme in order to support their Higher Education ambitions.

“I would like to congratulate all students on earning these prestigious awards from CIE”, said Assistant Principal (Academic) Rob Millar. “They have pushed themselves academically, and have reaped the rewards. I would also like to thank my colleagues across the Senior School for their dedication and support they provide in helping students to discover their true potential. The headline results – with 42% A* grades at GCSE, and 40% A* grades at A level – place Shrewsbury firmly at the top of academic performance in Thailand.“

“However, throughout our examination year groups, the “value added” – the grade improvement that we see in the final results versus student’s expected grades – is truly phenomenal. On average our students achieve almost one grade higher in every single subject than would be expected in UK independent schools. Shrewsbury students feed off each other’s success and talent; it is a very special environment and culture to be part of”.

5 Simple Tricks To Boost Your Brain During Remote Learning