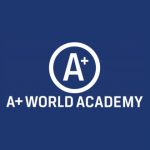 The 30th of September we sailed out of Cadiz. Although it had been a nice stay with some days with shore leave and ice cream, many expressed that they were looking forward to sailing out again. Getting back the routine, setting sails and the nice ocean view.

The first few days at sea were spent coming back to classes and doing some sail maneuvering. Sailing between Spain and Algeria forced us to change direction a few times, making a “tack”, as it is known as on a ship. On a fullrigger this is a rather big operation, but the students all focused on their tasks (hauling and easing the many lines) and the crew lead the tacks without any difficulties.

In the CDA class (media) the students have started editing pictures. One of the assignments revolved around interactive text in pictures. The students took a picture and edited their own name in so that it naturally flows with the other elements in the frame.
In science class the labs started, having experiments to better understand the components they later will work with. They also had their first test on the seven principals of chemistry.
In biology they started In the book “The immortal life of Henrietta Lacks” which brings them on to the subject of bioethics.
In the physics class they have discovered the concept of acceleration and in math they have learned about vectors and used the ship as a real life example.
In English they have had chapter presentation on “The city of thieves”.

The 5th of October the sun was shining, but “snow” was in the air, so it was decided that we should have a “snow day”. This meant that there were no classes, and we could all have full focus on the deep clean, getting into all the different nooks and crannies. But no “snow day” without a little bit of fun! Swim call was announced shortly after and we braced back and launched the MOB-boat. Most took a dip in the water, and some stayed for a long time and enjoyed that the temperature was higher than last swim call.
When all was up and out of the water the students spent their time in deck sunbathing and doing homework. This was suddenly distracted by a group of pilot whales swimming up on our side. They played on the side and under our ship and we all had a photo session above and under the water.

We anchored up outside Mallorca early on the 9th of October as we were in no rush to get to Toulon. 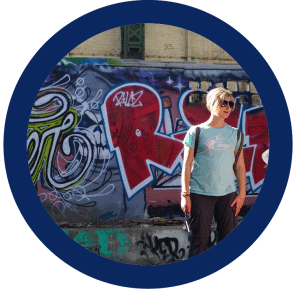 On the arrival day in Toulon we were met by many sailing vessels to greet us. Well a long side the quay we were also met by some locals in white and blue striped shirts with freshly baked baguettes for the ship. No question, we were in France. They were members of the shanty choir Cantadis and they wanted to join the students on the main deck for some shanties. So the next day they brought a keyboard and a guitar and lead us in song. First some warming up with “Amazing grace” and later some classic sailor shanties and well known French songs. 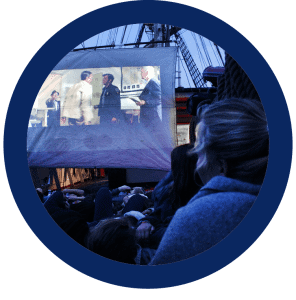 More music followed when we visited a music school for the local children. Both the music teachers and the children performed with harp, cello, piano, organ and song. The A+ students were also engaged in the warming up, giving it their all, even on the highest notes. Toulon could also offer hiking trails and cable car tours up the steep hills, as well as shipping opportunities.

A two-day sail after we ended up in Bonifacio on the island Corsica. Our harbor was surrounded by high cliffs topped with old buildings and hiking trails which we soon got to know. The students were one of the days having organized shore leave and were split up into groups and went hiking to the beach. Snorkeling in the clear water, taking pictures of the beautiful scenery and relaxing was the program after that. 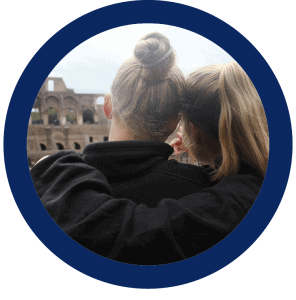 Another short sail after that we found ourselves in the harbor Civitavecchia, close to Rome. The second day we headed for the Coliseum where all 60 students had a guided tour, learning about the many fighters and the vast crowds the Coliseum had held in its time. Everyone from the emperor to the common Roman to the foreigners could come for the performance. In the middle you could find wealthy and poor gladiators and even zebras and hippos.

Rome was also filled with shore leave, a scavenger hunt in the city and a day on the ship with some Peruvian culture exchange. Peruvian dance, history, fashion, music and food was on the menu for all of the students. A group of the students also organized a trip to a football match to see Roma play against Bologna.

In this port it was also time for a crew change, so some new faces were to be found on deck, in the chart house and in the galley.

Sailing out of Civitavecchia on the 30th we went by engine and spent the day focusing on sea safety and fire fighting. The students got a lesson on how to close off the ventilation system of the ship, how to dress a smoke diver, what kind of hoses and nozzles we have on board and which pumping systems they are connected to. Shortly after this lesson we had a fire drill followed by an abandon ship drill. 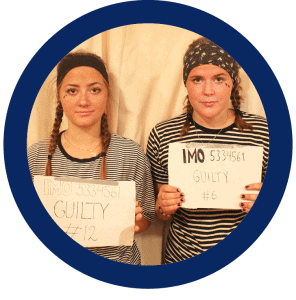 The holiday club have also been busy at the end of this month, having Halloween coming up. Candy and decorations had been purchased and the planning of costumes had been occupying most students.
Halloween evening was spent at the banje covered in spider webs and pumpkin cut-outs and filled with music. The students did a cat walk to show off their costumes, and many did a dance and mimed to complete the character. Amongst them we had a spider, a devil, a sailor, some pirates, skiing tourists, Harley Quinn and the Joker, soldiers, prisoners, “Netflix and chill”, a farmer, salt and pepper, mad scientist, a melon, various masks and faces with scary makeup. But the winners of the costume contest were four students in the ships boiler suits with face shields and vacuum cleaners on their backs. Who you gonna call? Ghostbusters!

Still sailing by sails, heading for Palermo in Italy!

On the horizon, ship: As the students have been on the ship for a while it is expected more of them on deck. The deck crew will therefore test the students on various tasks and document each students progress. There are three levels, but so far the crew will only focus on basic ship routines, knots, sail handling and helping out with arrival and departure.

On the horizon, faculty: A lot more labs both on and off the ship will happen in chemistry class. In biology they are starting on the topic of evolution that will give a deeper understanding of the other fields. In CDA class the students will work on editing themselves into a historic photograph. They will also try to use a series of pictures from Rome and stack them, so that they can remove all the moving elements in the series, such as tourists.

5 Simple Tricks To Boost Your Brain During Remote Learning