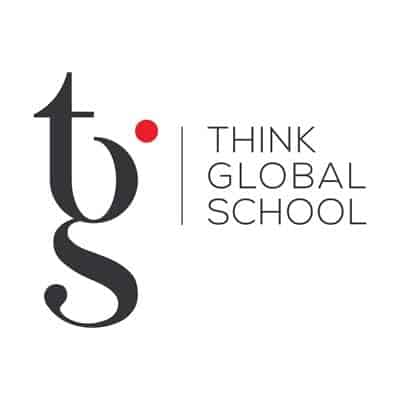 The ideals behind THINK Global School are as unique as the experience it offers, and our staff and founders are as driven by a thirst for knowledge and desire to improve the world as the students who attend our school.

Peek inside the journey of a real THINK Global School student

It had been almost an hour, and due to the chilly morning breeze, the weather was quickly becoming unbearable. Having no other option, I waited patiently, but there were no signs of relief as I could hardly sense any movement on the road. With mixed feelings of excitement and nervousness, I stood there thinking about the long day ahead. “Will I adjust to my new urban environment?” “Can I compete with other students?” Such questions were buzzing in my head. All of a sudden, the faint sound of a horn broke through the blanket of fog, and, to my relief, the yellow light of an aged bus began to approach, becoming more visible as it came closer. Eventually, the bus trundled to a stop. Accompanied by multiple shopkeepers who were going to fetch their supplies, I stepped aboard and we rolled off towards the east. It was going to be my first day at a new school in the nearby city of Chakwal, Pakistan. Since I was born in a remote village, I was to go through the experience of leaving home as early as 6am and changing the local buses twice just to make it to school on time. Reaching Myer’s College didn’t end my misery; in fact, the real challenge lay ahead: I had to fight my fear. From wearing a tie to communicating with others, I was uncomfortable at school.

As soon as a class discussion regarding life goals began, my inferiority complex grew more evident as I realized the lack of vision I had. “I intend to initiate a welfare organization to work solely for the environment,” one remarked. The other highlighted his plan of serving the nation by becoming an educator. These ideas appeared abstract to me. When it was my turn, I had no big goals to share. For me, perhaps, operating a heavy traffic vehicle in the Gulf States was the biggest aim of my life. And it was understandable: illiteracy is the hallmark of the region I come from. Most Pakistani villagers take pride in their sons when they find work in the Gulf States that allows them to send money home.

Soon I started to look at things from a different perspective. Education gave me power and I learned that it is OK to disagree and speak up. I deviated from tradition and took bold steps like persuading my father to enroll my younger sisters in the same O-Level school. Certainly, this was the effect of my burgeoning education since girls in my area are rarely sent to local schools. I realized then that life has much more to offer than manual labor, and I began to expand my horizons by interacting with other like-minded people. When it came to co-curricular activities, engaging in acting and debating boosted my confidence. I am no longer a frightened, narrow-minded boy but a confident individual with no boundaries to his thinking.

I did not let my circumstances hold me back. When everyone declared it impossible to pursue an O-Level education while living in a remote village, I didn’t let such commonly held views limit my potential. Since I used to reach home late after sunset, I decided to cut back on my hours spent sleeping in order to increase my time spent studying. All of my hard work paid off, as I received a gold medal for attaining straight 10 As in my O Levels. Eventually, my dedicated approach helped me to become the first Pakistani student to enroll at THINK Global School, the world’s first traveling, boarding school, where I began studying at this fall. Although my travels have just begun, I’ve already developed a passion for exploring the world. Over the next two years, I have set a lofty challenge to further test myself: I am already a multilinguist, capable of speaking four languages, but I would like to learn an additional three languages, including Spanish and French.

Barriers that I had to cross to arrive here

There were barriers, however, that I had to cross to arrive here. There were some hard steps my family had to take in order for me to make it this far. Having a family background in agriculture and being the son of a JCB driver, our financial status has always been a hindrance. Although THINK Global School offers a generous scholarships to myself and every student in need, there are still costs to consider. This summer, I visited my father in Sharjah, UAE, where he works. It was a visit that changed me entirely in terms of my goals because I saw my father laboring in the desert under the scorching UAE sun. It made me realize the amount of effort he is putting in to equip me and my siblings with facilities of life. Not only that, but he sold half of his land to cover my costs. For Pakistani farmers, it is not easy to sell their land, but my father has made this huge sacrifice to educate me. This is one reason why my fellow students often find me fully committed and dedicated to my work, whether inside or outside of class. Today, my parents are struggling for me, and I am pushing myself to the limits to make tomorrow better for all of us.I look forward to sharing more from my travels with you in the future, and I leave you with a quote that has become my primary source of motivation: