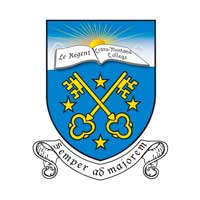 It was with a great deal of humility and heartfelt compassion that Le Régent College took part in the « Cycling for Children/Donne tout » event organised last weekend in Crans-Montana by UNICEF. The goal was to raise awareness of infant mortality, as well as money to support the NGO’s efforts in saving thousands of lives every year. On Sunday, UNICEF gratefully announced that they had collected CHF 500,000 in Crans-Montana thanks to the 500 cyclists and their sponsors. “We have to acknowledge tremendous global progress, especially since 2000 when many countries have tripled the rate of reduction of under-five mortality,” said UNICEF Deputy Executive Director Geeta Rao Gupta last year. “But the far too large number of children still dying from preventable causes before their fifth birthday – and indeed within their first month of life – should impel us to redouble our efforts to do what we know needs to be done. We cannot continue to fail them.”The sun was out on Friday and happiness was the order of the afternoon as Le Régent College Years 1-6 left their classrooms to give a helping hand to UNICEF organizers. They were invited to use their creativity and write inspiring words of encouragement aimed at boosting the cyclists who would ascend, the next day, the 3 km steep Route du Col de Plumachit to the summit. Armed with spray paints, crayons, and balloons, they did a fantastic job. The next day, our enthusiastic and energetic cyclists got on their bikes at sunrise and kicked off the cycling fundraising event alongside actor Anatole Taubman and many early risers. The atmosphere was poignant as their challenging route was lit by 16 000 candles, each of them symbolizing a child somewhere in the world who did not survive that day because of illnesses which could have been prevented. Lots of volunteers, amongst them members of our own staff, had set up the candles the night before along the 25 km circuit. Despite mixed weather where the sun played hide-and-seek with the clouds, more and more brave cyclists of all ages joined in, amongst them Séverine Pont-Combe, Andy Schleck (Tour de France winner), parents trailing their children, and confident teenagers – everyone riding at their own pace and bravely climbing a steep hill of 850 meters. Ed Batty, our Geography Teacher, was 4th at 7:50 am with two laps completed, and he finished the race with 5 laps. The air filled with words of encouragement from supporters and volunteers who came from far and wide for the good cause. We are very pleased to have contributed to the first edition of “Cycling for Children” and look forward to an increased participation next year.

Why Action and Community Service matter?

Valais and Le Régent Crans-Montana College in the limelight today!

“Music gives a soul to the universe, wings to the mind, flight to the imagination and life to everything.” Plato

Behind a great actor lies a great drama teacher