According to the Early Childhood Music and Movement Association, 85 percent of brain development occurs by the time a child reaches 3 years. As children grow, they need to learn specific activities that are important for development.

For example, very young children begin to scoot and crawl for movement and while these activities are part of eventually learning to walk, they are also essential for brain development. Additionally, patterned activities at home or in the preschool classroom, such as clapping to music or jumping in time to a beat stimulate brain function and help the brain to organize thoughts and behaviors.

The Miraculous Effects of Music on the Brain

Music has a tempo and teaching young children songs, how to follow rhythms and beats, or how to march in time to a tune, can help students to learn the rhythm of speaking and improve their communication skills.

When you listen to music, multiple areas of your brain are lighting up at once as they process the sound, take it apart to understand elements like melody and rhythm, and then put it all back together into a unified musical experience. And our brains do all this work in a split second between when we first hear the music and when our foot starts to tap along.

But, the little backyard fireworks that transpire in the brain of the music listener is only the warm-up for what is really happening in the brain of the musician. Although on the outside, musicians may look calm and focused, reading music and making the precise and practiced movements required, starts up the party in their brains. Simultaneous processing of different information happens in intricate, interrelated, and astonishingly fast sequences. Playing a musical instrument engages practically every area of the brain at once, especially the visual, auditory, and motor cortices. And as with any other workout, disciplined, structured practice in playing music strengthens those brain functions allowing us to apply that strength to other activities.

The most obvious difference between listening to music and playing it is that the latter requires fine motor skills which are controlled in both hemispheres of the brain. It combines the linguistic and mathematical precision for which the left hemisphere is responsible, with the novel and creative content that the right hemisphere excels in. For these reasons, playing music has been found to increase the volume and activity in the brain’s corpus callosum –the bridge between the two hemispheres– allowing messages to get across the brain faster and through more diverse routes.  This allows musicians to solve problems more effectively and creatively. The earlier you start learning a musical instrument the better!

Music and Movement in the Early Childhood Classroom

Here at Concordia, several different types of music and movement activities are incorporated into our early childhood education. Teaching songs, such as “This Little Light of Mine” or “The Big Pig” while clapping or tapping along can teach rhythm and cadence while learning new words. Songs that involve action and hand gestures that follow the music teach children not only the meaning of some new words but also to move and sing at the same time. Other types of activities we do in the classroom are dancing with streamers or scarves, playing small musical instruments, singing songs in rounds, singing while cleaning up, marching to the beat, or imitating animals. Not only can this be beneficial academically, but it also keeps children moving, which is good for their little bodies.

Classical music forms an important part of Concordia’s program. Playing classical music to children boosts their concentration and self-discipline, according to one major study. It improves their general listening and social skills. Children exposed to the works of Beethoven and Mozart, for example, are more likely to appreciate a wider range of music in later years. A further study showed that seven to 10-year-olds exposed regularly to classical music showed significant cognitive improvement. 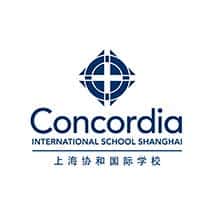 Concordia International School Shanghai is a co-educational day school for students aged 3 to 18, located on a 10-acre campus in the heart of Jinqiao—one of Shanghai’s largest international communities. Known as the “green city,” with its many open green spaces and family-oriented amenities, Jinqiao is a destination for expatriate families from around the world.

How Keystone’s Student-Centered Curriculum Prepares Learners for the Future

How to Help Your Kids Be Better at Managing Their Time