Such a critical decision.
Being a parent is the most important job you will ever have, and the most indispensable. Parents draw on their knowledge of the past to point the way to the future, giving their sons and daughters the background they will need to move forward and make their way in an ever-changing world.

Against that backdrop, it is easy to see why choosing the right curriculum is such a critical decision. As a parent, you know that educating your child is the most important thing you can do to secure their future, but you also know that your son or daughter is an individual, and that there is no one right approach to getting a quality education.

No matter which option you ultimately choose for your child, you can move forward with confidence, knowing that you have examined each curriculum and made a smart choice for the education of your child.

What are the best Curriculums?

Let’s examine at some of the key curriculums what they have to offer:

The International Baccalaureate curriculum takes a student-centered approach to learning, allowing learners a level of independence designed to foster their creativity and help them learn more effectively. A typical English class in an International Baccalaureate program might include a comparison of two great novels, one ancient and another more contemporary. Through the comparison, students can learn more deeply and gain a better understanding of the language and its history.

This system of learning is offered in thousands of schools around the world, and it has gained a great deal of popularity with both students and their parents. The International Baccalaureate curriculum sets high standards and holds students accountable for their work, resulting in a well-educated group of young people ready to take on the world. Here are some key takeaways from the International Baccalaureate Curriculum. 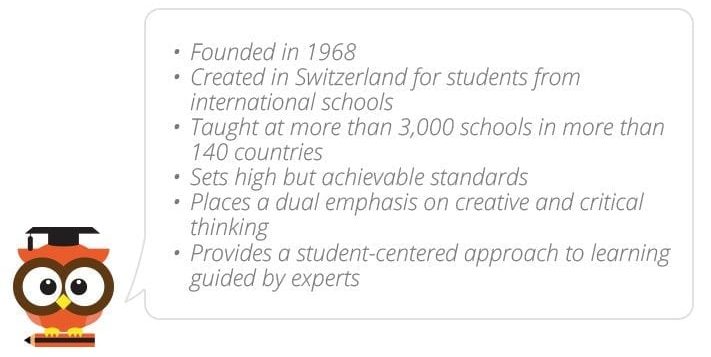 As the name implies, the American Curriculum is mostly associated with education in the United States, although a number of international schools have adopted this popular system of learning. In some ways, the term American Curriculum is somewhat misleading, since the United States currently gives individual states a great deal of flexibility over what students in their districts learn and how they are taught.

That means that quality standards and outcomes can vary from location to location, with students in wealthier districts often advancing at a faster rate than their poorer counterparts. Despite its limitations, however, the American Curriculum does have a great deal to recommend it. Here are some key takeaways from the American Curriculum model. 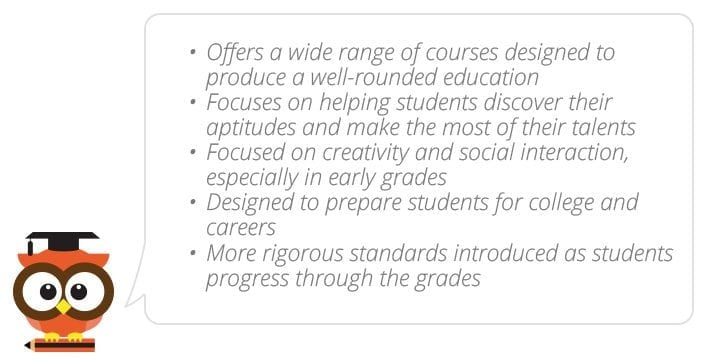 – Discover the Best American Schools in the World

The British Curriculum is also known the National Curriculum for England, and this system of education stresses creativity, critical thinking and flexibility. At the same time, the British Curriculum includes a series of measurable and achievable goals, each designed to build on what went before while preparing the student for their future work.

Through its focus on goals and achievement, the British Curriculum ensures that both parents and children understand the progress they are making. This, in turn, allows each student to reach his or her full potential. Here are a few key takeaways from one of the most popular forms of education in the world. 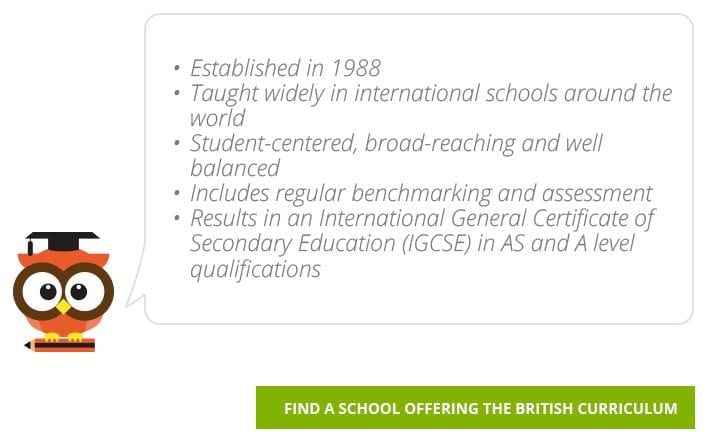 – Discover the Best British Schools in the World 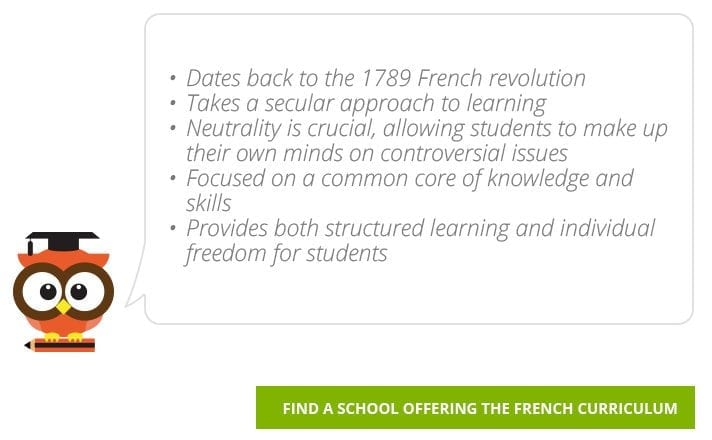 – Discover the Best French Schools in the World

The CBSE curriculum was developed and designed by the National Council of Educational Research and Training in New Delhi. This type of Indian Curriculum focuses on preparing students for the All India CBSE Secondary Schools Exam, a key requirement for success in the new Indian Economy. This critical examination takes place when students are 16 years of age. The CBSE also prepares students from the All India Senior School Certificate Exam at age 18. 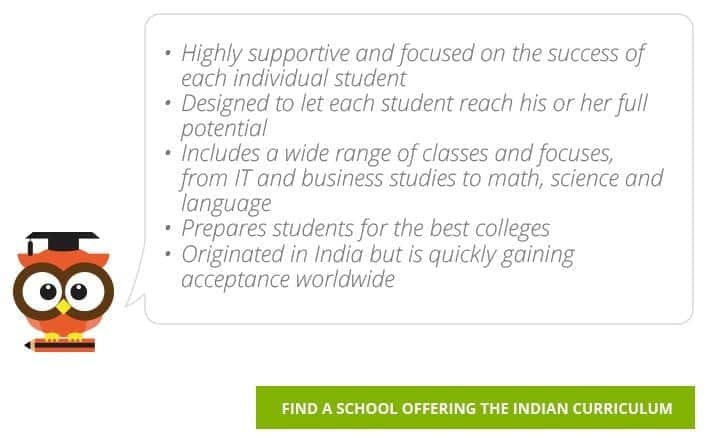 The education of your children is your most important role as a parent, and that means taking the time to evaluate and learn about the various approaches to learning. Each country has developed its own system of educating its children, and the long track record of the various curricula provides structure for parents seeking a quality education for their own children.

As with any decision, the best way to choose a curriculum for your son or daughter is to educate yourself and learn all you can. There is no one-size-fits-all approach to the education of children, and the child who thrives under one educational system may not do as well under another.

The key is to understand the needs of your own son or daughter and find a curriculum that best meets their needs, interests and talents.

Give your child unparalleled opportunity at Stamford American International School

How to Research Private Schools for your Child

5 Tips To Help Your Child Prepare For A School Trip

Choosing The Best Curriculum in Singapore

Is the International Baccalaureate right for your child?

6 Tips to Help Your Child Settle into School

What the Outdoors Can Teach Your Child

Facilities that will fuel your child’s success

How to Maximize Your Child’s Education with After-School Activities

Tips to Make the Transition to Singapore Easier for Your Child