We asked around the Britannica School community why they thought that learning a foreign language was a good idea, and why the school puts so much emphasis on this as well as maintaining pupils’ mother tongue here are some of the answers students, parents and pupils came up with!

1. It helps you develop confidence

Learning a foreign language is an incredibly rewarding experience and a serious confidence booster. It will help you to overcome some of your fears and doubts, learn more about yourself, meet new people, and perhaps travel to places you would’ve never dared to visit before.

2. It increases your brain power

A psychologist at York University in Toronto, Ellen Bialystok, has found that students who study foreign languages tend to score better on standardised tests than their monolingual peers, particularly in the categories of math, reading, and vocabulary. Additionally, a study conducted around the same time at University College London has shown that learning other languages altered grey matter – the area of the brain which processes information – in the same way exercise builds muscles.

3. It really alters your travel experiences

Travel is not just about taking pretty pictures and posting them on Facebook or Instagram, or spending a week in a 5-star all-inclusive resort. Learning a foreign language, even as little as a handful of phrases, will make your travel experiences so much better. Not only will the knowledge of the language the locals speak result in warm smiles it might bring you opportunities that you’d never dreamt of. Best of all, it will enrich your life by offering you a deeper understanding of the culture and history of the people you’ll encounter.

4. It will help you get a better job

We live in an increasingly globalised world and companies are constantly expanding overseas and dealing with clients from all over the world. Between two candidates with the exact same skill set and experience, the person who offers another language or two is arguably much more likely to get the job. The Economist also points outs that while, according to one optimistic estimate, half the world’s people might speak English by 2050, “that still leaves billions who will not, and billions of others who remain happier (and more willing to spend money) in their own language,” the article concludes. Plus, studies show that knowledge of a foreign language brings economic benefits.

5. You can impress people around you!

Whether at a fancy cafe with your friends ordering ‘des croissants aux amandes avec du chocolat chaud’ using correct pronunciation, or talking with the locals in their native tongue, learning a foreign language is bound to impress more than a few people around you. Of course, impressing people should not be the reason why you choose to learn a foreign language, but it’s a nice offshoot!

6. It helps you to study or live overseas

If you’re looking for some excitement and adventure in your life, a foreign language might just be the door that’s waiting to be opened. Why not go and live in Europe for a while? Or what about South America? Whatever it is that you want, knowing a second language will suddenly shrink the world and bring you opportunities of a lifetime!


Britannica students, parents and staff celebrated International Mother Language Day. This is a holiday founded by UNESCO to celebrate multilingualism and to protect native languages from extinction. The day started with a fabulous parade where students got to show their national costumes and flags. Britannica is a multinational community that worked together in language groups to provide fun activities for students to participate in during the afternoon that explained the variety of cultures and mother tongue languages that make up the Britannica family.

LEARN MORE ABOUT THIS SCHOOL 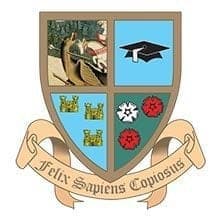 Britannica International School is proud to be a British Owned, British Managed school and is staffed with British Teachers. Within fifteen minutes of the Former French Concession and centrally located in Shanghai, the school has a reputation as an international school of first choice for discerning Shanghai families.

Related articles Guides How much Chinese can a child realistically learn? Region Guide 6 tips for keeping up with language during the holidays Region Guide Top 4 Reasons…

How much Chinese can a child realistically learn?

4 Tips on How to Learn Chinese for Beginners

Students learn from people they love

3 Reasons to Consider Switzerland for a Study Location