双语教学 is a difficult area to research, a dense forest of confounding variables, of which sampling, education levels, tasks used, variations in the languages themselves and different outcomes from different language combinations, are but a few. There is evidence, however, that expertise in more than one language provides cognitive benefits on top of increased opportunities. Findings in neurology have related language acquisition with structural changes in the brain that assist with executive functions such as cognitive flexibility, creative thinking and attention management.

Human behaviour and perceptions are mediated through our language; the codes that are unlocked when new languages are learnt help create a new level of perception. Leading Swiss academic and expert on bilingualism, Francois Grosjean, has shown how the bilingual child or adult is not simply the sum of two (or more) monolinguals; rather, he or she is the owner of a unique and specific linguistic configuration. The bilingual manages and manipulates attention to one language or the other, actively but often subconsciously. Their languages not only coexist; they interact to produce a complete system of its own.

Furthermore, their attributes go beyond simply translating words from one code to another; to know another language well brings subtle psychological benefits. These include the ability to see both sides of the story, to appreciate extended meaning and enjoy a wide range of conceptual understanding. Such attributes are good for the individual involved and crucially, help towards that elusive goal of international harmony. Bilinguals act as bridge builders, the go-betweens who can explain one culture to members of the other and act as intermediaries between the two.

On top of the functional benefits of language learning, bilingualism is about understanding cultures. With the creation of their unique language system, the bilingual is also making sense of his or her relationship to both of the cultures to which the linguistic code has given access.  At the same time as managing their attention to this code, its vocabulary and its syntax, the bilingual will be paying attention to the cultural variants between the languages. They are constantly combining and blending aspects of the cultures they are living, making linguistic and cultural choices according to the needs of the circumstance.

The bilingual classroom is an inspiring place. Just seeing children’s school-work on display, with captions and labels exhibiting proficiency in two languages, is mind expanding. But it does not happen by itself and the pure quality of instruction is critical – every child must feel happy and confident to be open to the challenges as well as the benefits of learning bilingually. Research into the bilingual brain is guiding teaching methods. It is understood now that these children use both languages to make sense of the world; they are very adaptive, deepening their understanding of the first language while acquiring the second; and the process has important positive effects on other aspects of cognitive development, such as  attention management.  The Bilingual Elementary section of 蒙塔纳学院 我们有学校悠久的国际教育历史，以及工作人员的奉献精神和专业知识可以借鉴。双语课堂的教学需要一个全面的方法，有大量的个人评估和持续的帮助。高质量的教学来自于使用基于证据的教学原则，如教师的示范和口述，指导练习，以及快速的课程节奏，以保持学生的参与。

The Montana Elementary school classrooms are tucked away in a pretty corner of the magnificent Institut Montana campus. As soon as a new child arrives, their language needs are quickly assessed and appropriate support organised. It might be that the child has some skills but needs in-class support to benefit fully from the lesson. In this case, teachers deploy the integrative EAL (for English) or DaZ (for German) programme where support is provided by an additional teacher within the normal classroom following the standard lessons. If the child would  benefit from more intensive language tuition, they receive help specially tailored to their needs. For half of the English or German language lessons, they work with an extra teacher outside the classroom so that they quickly learn the foundational skills to enable rapid progress in the new language and find the subject matter within their reach. For the other half they continue to participate in normal lessons so that they can interact with their peers. Peer interaction in the bilingual classroom takes on a special importance. One of the keys to language learning is motivation, and children who find themselves playing and forging friendships that transcend what would have been language barriers are very motivated. Social skills are finely tuned through the process of welcoming someone to the group and helping the new arrival to feel at home, whatever language gaps there might be. In this multi-lingual group of young learners, it is important not to hold up one language, and therefore cultural identity, as superior to another. Seeing one of the languages and its culture as the dominant one is counter-productive to the cultural harmony the bilingual classroom seeks to promote, even when the curriculum followed belongs to one of the languages. The Institut Montana Bilingual Elementary School follows the curriculum of its home country, Switzerland, but the balance between the two languages is scrupulously maintained. Teaching is distributed at 50% of the time for each language. Each academic year the groups change Class Advisors, swapping between German and English speaking, so there is a further balance in exposure to both languages.

毫无疑问，学习一门新的语言可以开阔视野，增加一种有用的技能。此外，它还带来了巨大的认知益处，尽管这些益处受制于太多变量而无法分清，但却是真实而有意义的。在 蒙塔纳学院当他们在小学阶段结束时，这些孩子迎接的是一个充满机会的世界。他们拥有先进的德语技能，这为他们进入学术要求高的瑞士马图拉学校打开了大门，他们可以选择用德语或德语和英语学习。他们可以选择用德语或德语和英语学习。他们可以踏上通往大学的道路。 国际学士学位文凭, a passport to universities all over the world. Or they can continue their bilingual studies at the Bilingual Secondary School while assessing where their ambitions might take them. Children coming together to learn, to play and to collaborate in a space where two languages are common currency creates a hybrid space with a culture that belongs to neither one nor the other. The bilingual classroom is a space for inclusivity, where a new light is shone on ideas about cultural identity. Its students will be the global citizens of tomorrow, broad-minded and insightful adults who are adept at sharing and discussing knowledge in a multicultural environment and totally at home in an international Zoom meeting. For these bright children, the future is bright. 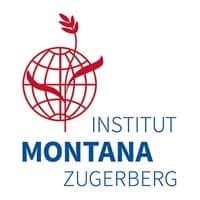