At the beginning of December, three swimmers from UWC Thailand International School set out to represent their countries in the South Asian Games in Nepal. Meanwhile, a month earlier one of the school’s surfers, Sittiphong (Henry) Chapman, left for the Philippines to represent Thailand in the SEA Games. Today, they are home with handfuls of hardware, making their parents, school, coaches and countries proud. 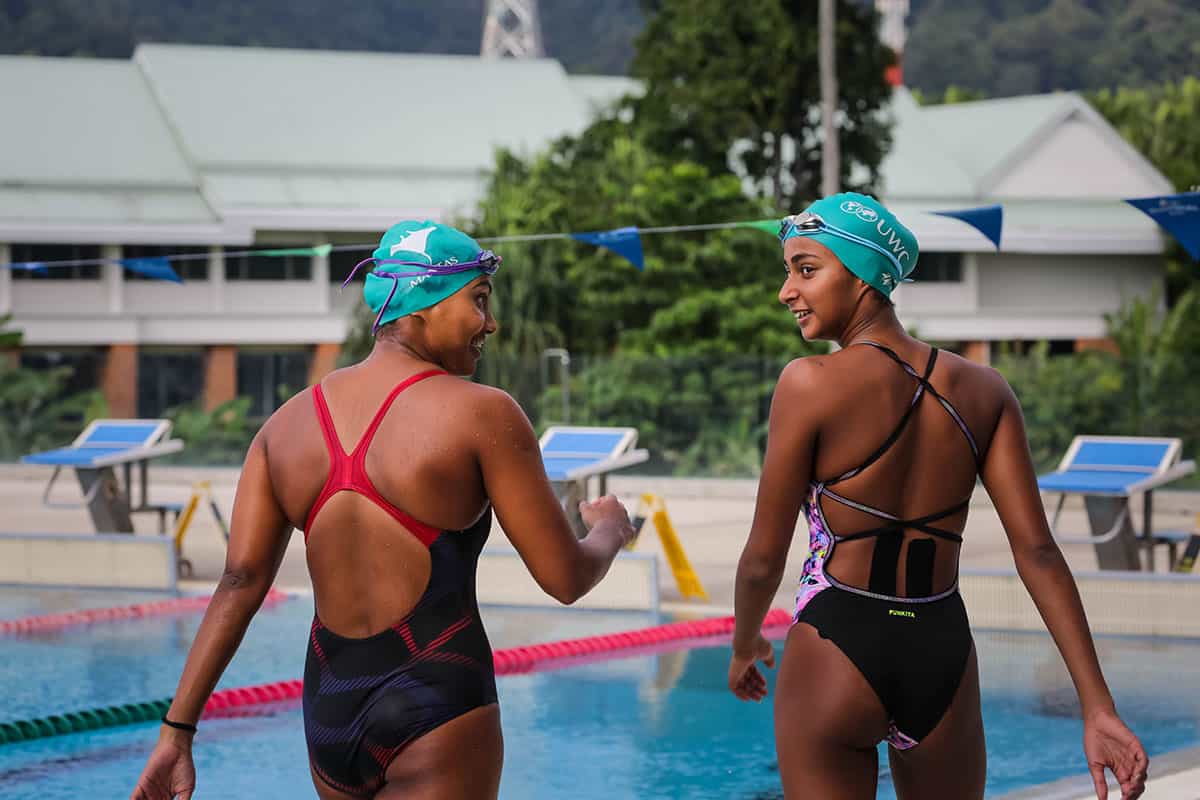 Annie Jain, who is in Grade 12 at UWC Thailand, returns to Phuket with three gold medals and a new national record for India. Her first gold came in the 4x100m freestyle relay, the second in the 100m breaststroke in a time of 1:13.50—a new national record for India—and a third in the 4x200m freestyle relay. She followed up her golds with a bronze in the 100m freestyle. Annie also holds three Indian national short course records. Living in the boarding house at UWC Thailand—a World Academy of Sport Athlete-Friendly Education Centre (AFEC)—allows Annie to balance her six-hour training days with Miguel Lopez at Thanyapura Health & Sports Resort with the rigour of the IB Diploma Programme. This AFEC designation means that Annie can complete the two-year Diploma Programme over three years, so she never has to choose between competing at an international level and completing her education. 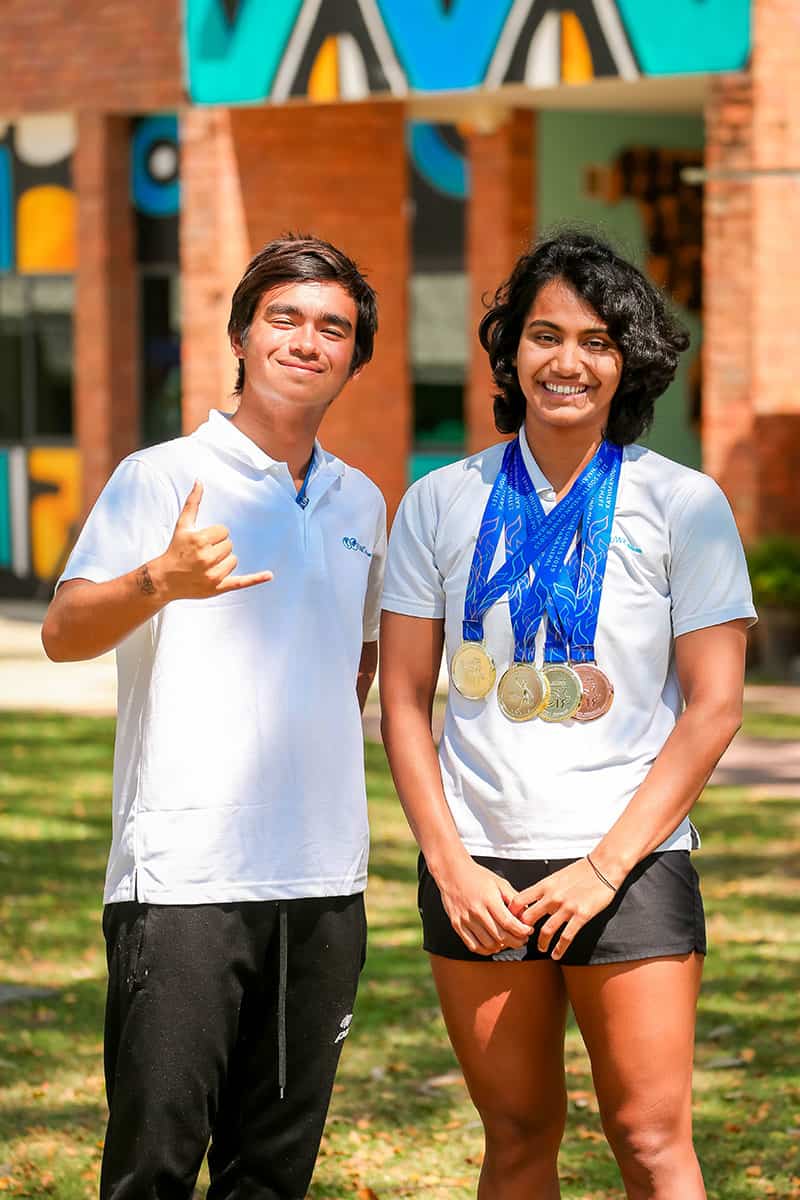 Aniqah Gafoor, a Grade 10 student at UWC Thailand not only brought home Silver and Bronze for Sri Lanka, but also smashed the country’s national women’s relay record by more than 15 seconds, coming in at 4:00.18 to bag the Silver. Aniqah also earned a Bronze in the 100m butterfly. When interviewed at the games Aniqah modestly understated that the relay that crowned them the new national record-holding team, “was overall really good.” Aniqah currently holds the Sri Lankan national record for both the 50m and 100m fly and has her sights set on qualifying for the 2020 Tokyo Olympics.

Meanwhile, representing Thailand at the SEA Games in the Philippines, Henry (who has ranked as Thailand’s Champion Surfer for three years running) bagged a Bronze medal, beating his own Thai teammate Chatchai Somporn in the final heat with an 8-point score. To qualify for the bronze heat, he successfully beat the number one Filipino surfer on his home turf.

This is the first time surfing has been included in the SEA Games and so the victory represents a number of firsts for Henry and the Thai team: first surfing team, the first two Thai surfers to medal (Henry and his teammate Annissa who won Silver)— and the only Junior surfer (under 18) in the competition. In preparation, Henry and six of the best surfers from Thailand, representing the Thailand Surfing Federation, spent a month training on the local beaches with the support of his teachers and classmates at UWC Thailand, where Henry has studied since he was 7. The team bonded quickly and its success surprised the Thai Sport’s Authority as they have only been a team for eight short months.

On his medal-winning journey, Henry said he “I was a bit slow in starting but as I got more confident in the heats, I got better and better. It was hard to manage the waves because of the Typhoon, it required a lot more paddling and diving and avoiding the rocks, but I still managed to do something good.” You can follow Henry on Instagram @henry_surfer.

At UWCT, we aim to realise this mission by delivering a mindful, diverse education underpinned by our belief in the connection between a “Good Heart, Balanced Mind, and…

All Aboard the Adventure Train Picnic

I study in Thailand because…

The Best American Schools in Thailand

Bromsgrove 8th Charity Fun Run for a good cause