He also commended those students who comprise the first graduating class at Crimson Global Academy. Many of our students joined CGA when it was barely four months old, in the middle of a pandemic and have continued to excel despite exam disruptions.

Jak CGA grows, so does the list of awardees who have achieved excellence in both academic and extracurricular fields. Our awards in this round of prizegiving were divided into several categories.

Crimson Global Academy is an international, global online high school that allows students to accelerate their studies based on their ability rather than age. Learn more tutaj. 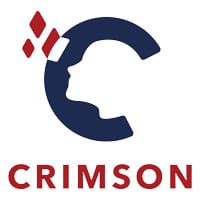