Founded in 1951, the Internationale School van Brussel (ISB) is, this year, celebrating its 70th anniversary. Like so many other schools across Europe, it has grown, adapted, and developed in so many ways over the decades. Despite these changes, however, when you listen to the stories of former students – regardless of whether they attended the school in 1965 or 2015 – the experience they talk about is always the same. They speak of a place that has an almost magical quality about it; a school in which teachers care deeply about them as individuals; a place in which they could flourish and be successful, in the classroom as well as on the stage, and on the playing fields. If you ask them if they miss their school, many of them immediately reply: Every. Single. Day.

Scholen zoals ISB were designed from the beginning to make a difference. They were designed to face the future with hope and to be a mechanism for making the world a better place. They are places where lifelong friendships are made between people from all over the world.  They are places that invite students to literally see our world from multiple perspectives. More than anything, though, they are places that leave a mark on our students so that they, in turn, can make their mark on the world. 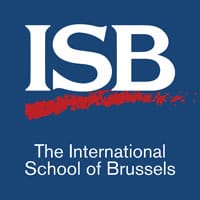