I can distinctly recall the moment, many years ago, when I cracked open the spine of Dr Seuss’ I Can Read With My Eyes Shut!

It sounded like a pretty neat rhyme, but it didn’t strike me as particularly profound.

Looking back, I now see there is much wisdom in that gobbet. Reading can be deeply empowering, particularly for children who are constantly on an exploratory mission to make sense of the world around them. It gives an understanding not just of what was, but also a sense of the infinite possibilities of the world.

I always like to say that no-one reads the same book, and so if you have views on the titles below, especially ones that contrast with mine, do write to me at olli@copperfield.education!

Why do certain grand schemes which are designed with what appear to be the most benevolent of intentions so often go awry? It’s a question to which much ink has been spilled in search of an answer. In no fewer than 400 pages, James C Scott, an anarchist anthropologist from Yale University, tells us why.

Those who have dared to have a go at reading anything to do with anarchist anthropology will be all too aware that doing so is often a long, exhausting struggle, like some bout of horrible illness. But this book is nothing like that. Scott’s writing is sublime, his thesis clear, and his argumentation tight.

Using many esoteric examples ranging from the Ujamaa villagisation project in Tanzania, to Le Corbusier’s city planning in Brasilia, Scott shows us how boiling down the social world to a set of ‘scientific’ principles can lead to disaster. The kind of social control which states require to effectively govern over their citizens can make such a view of social life attractive. Having some level of legibility over your subjects is a precondition for social control after all — but simplifying society into an understandable systemic totality can overlook the spontaneous nature of social order and the unpredictable nature of what gives each individual’s life its own unique meaning.

There are lessons in this book for everyone – from middle managers to Prime Ministers. The social world is impossibly complex. Do not think you will be able to control it from the top using grand schemes without unintended negative consequences.

I was extremely tired, sitting next to my 8 year old brother in the car on the way back from a camping holiday when I first read this. Just minutes after I began reading, the car went from a state of silent boredom to one of raucous laughter.

Touching on themes of social deviance, individualism and good and evil, the author Andy Stanton takes the reader on a tour of the idiosyncratic town of ‘Lamonic Bibber’ through tales of the mischievous exploits of its most naughty resident – Mr Gum.

This is my favourite children’s book of all time. I am unable to make it through the 100 or so pages without feeling totally exhausted from having laughed so much. Of course, good triumphs over evil in the end here, but as with any good children’s story, the most intriguing thing about it isn’t who wins in the end, but rather how they win. Should you make the sage decision to pick up this page turner, the mind-bendingly zany answer to this question will not disappoint.

The Lord of the Rings

During my first academic year in Verbier, I would go to bed every night with Rob Inglis’ reading of this classic playing on my iPad. Not for the first time, it provided me a great deal of comfort in what was for a while an unfamiliar place.

Since its first publication in 1954, it has been said that the English speaking world has been divided into those who have and those who have not read this masterpiece of storytelling. Tolkien’s tale stands as testament to the power of human imagination. The complexity of the fictional world he constructs – in which even certain types of trees have their own language – gives me a kind of awe that no other work has been able to conjure.

Undeniably, picking up this set of books is an ambitious undertaking. But the cost of not reading it is enormous. As Kenneth S Slater said “if you don’t read it, you will be missing out on one of the finest books ever to appear”.

Thomas Hobbes was an English eccentric. His birth was induced by his mother making the shocking discovery that the Spanish Armada had set out for England, which is quite apposite, as a core theme of his magnum opus ‘Leviathan’, is fear.

In this book, which is often considered the foundational text of modern political philosophy, he asks and gives answers to a number of questions that still have brainiacs scratching their beards to this day. How does social order arise in a world of rationally self interested humans? How is self interest rational in the first place?

Do humans only behave themselves because they fear violence? Hobbes thinks so. In Leviathan, he boldly tells us that in the absence of some authority which could set out rules for behaviour and arbitrate disputes between people, life would be ‘a war of all against all’, in which existence is ‘solitary, poor, nasty, brutish and short’.

For life to be safe, there need to be rules and these rules need to be able to be enforced. We can see the continuing relevance of Hobbes in the age of Covid. When people fear for their lives “there is no place for industry, because the fruit thereof is uncertain.” For the first time, Hobbes gave us a rational and secular justification behind why and when we should submit to the powers that govern us.

The Picture of Dorian Grey

When this short book was published, it horrified the chattering classes to such an extent that some called for Wilde’s prosecution on grounds of ‘violating public morality’. Wilde’s response was to include a preface in the next edition, defending art for Art’s sake. So brilliant was Wilde’s writing, that even the aphoristic preface to the second edition has become famous in its own right.

It tells the tale of a young and beautiful man named ‘Dorian Grey’, who has a portrait made of him. Dorian meets an aristocrat named Lord Henry Wooton, and is so inspired by Lord Henry’s hedonism that he begins on a journey of steep moral decline. As Dorian’s behaviour becomes increasingly hedonistic and morally questionable, the painting made of him at the beginning of the book begins to look increasingly haggard and ugly, recording his sins in secret, while Dorian himself remains a handsome young man.

The book is a treasure trove of literary allusions, touching on Goethe’s Faust and Shakespeare’s The Tempest, and it contains enough of Wilde’s characteristically witty aphorisms for at least a years worth of dinner parties. It is self consciously pretentious and yet extremely easy to read. A classic like no other.

I was inspired to read this after listening to the comedian David Mitchell mention it on the BBC Radio 4 programme Desert Island Discs. It did not disappoint. By the time I finished it I had applied to work as a prison officer as well as a teacher in a quaint English boarding school. I wanted the adventure I had read the protagonist go through.

Paul Pennyfeather is a hopeless young undergraduate who is the victim of debauchery he wants nothing to do with. A helpless casualty of circumstance, he is booted from his University and with no other option, is forced to find work at a small private school in Wales. Through Paul’s exploits, we get a unique glance at the baffling weirdness of society in the 1920s; we see a thick and yet transparent air of social propriety on the surface poorly masking a crisis in morals.

The book is a laugh-a-minute tour of just how weird we are when placed in social situations which expect us to be what we are not. It teaches the reader just how important and yet at the same time alienating personal authenticity can be.

In 1828, John Stewart Mill gave a speech on ‘Perfectibility’ in which he announced “I have observed that not the man who hopes when others despair, but the man who despairs when others hope, is admired by a large class of persons as a sage.” Nothing much seems to have changed since then, as we hear from experts on the news daily of how things are all falling apart.

This book serves as a devastating rejoinder to all such doomsters and gloomsters. Matt Ridley’s interwoven use of history, economics and biology make his approach delightfully original. It’s incredible how often we overlook that by pretty much every metric of human development we can think of, the world has been getting significantly better since the industrial revolution. Indeed, I was startled to discover that at the time the book was published in 2010, more people had been lifted out of absolute poverty in the last 25 years then in the last 25,000 years of human existence.

The book also instils in its readers a profound sense of social responsibility. If we are to continue with humanity’s progress, it is incumbent on us to identify what has worked, and try in a piecemeal way to improve upon it. 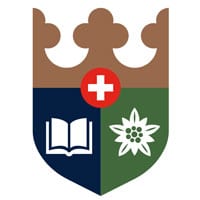 Copperfield Verbier is the world’s only ski-in, ski-out international school, located in the Swiss alpine village of Verbier. Our vision is to educate students who are globally-minded, compassionate, confident, and kind. Copperfield students will be academically skilled; fluent in multiple languages; accomplished writers and communicators; artistically driven and knowledgeable; scientifically aware and trained; emotionally resilient; physically fearless; generous of spirit and skill; leaders who also know how and when to follow. Above all else, Copperfield students will be designers of their own lives and of a better world for others.

A word from Prefleuri’s Headmistress

How to deliver a ‘good’ History lesson – The LCIS way