ここをクリック to learn more about how the oldest tutorial college in Oxford, Greene’s College Oxford. 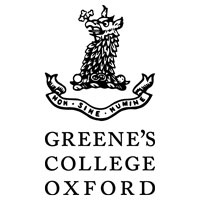 Exploring the Benefits of the Oxford Academic System