で CGA we encourage students to develop their interests outside the classroom by offering a variety of extracurricular activities. Through Crimson Community students can connect with others who have similar interests. But what if you wanted to take your passion for gaming to the next level? What if you could develop your own games, apps or websites that could be later monetized? If those are your interests then the 3D Game Development Club is for you.

What is game development?

Game Development is the art of creating games and describes the design, development and release of a game. It may involve concept generation, design, build, test and release. One of the main aspects of game development involves writing code that will help create the game design.

What is the 3D Game Development Club?

The 3D Game Development Club is a school-led ECL at CGA that allows students with an interest in gaming to further learn how to develop their own video games and apps. As part of the club’s programme, members learn to use Unity, the world’s most popular game development platform to build fun and engaging 3D computer games. They also learn C#, one of the most powerful and useful coding languages for future careers. The club gives a chance for students with varied interests to come together. “The game development club is a great resource for any student who is obviously interested in gaming, but also those interested in mathematics and art,” says the club’s leader, Dr Andrew Daniel.

The club also allows students from different parts of the globe to come together and discuss their passions and ideas. The collaborative approach helps students develop better apps and games through the course of the club. Games and apps created by students in the club are impressive additions to their college application portfolios.

Check out one of our student’s game development projects called ‘Death Star Attack’.

Who leads the Game Development club?

The club is led by Dr. Andrew Daniel, a mathematics teacher based in the UK.  Across his career Dr. Daniel has taught in five different schools, in the UK and overseas, and also been involved in areas such as university preparation and extra-curricular programmes.  At CGA he teaches International GCSE and AS Level Mathematics. A good number of Dr. Daniel’s former students are now studying at Oxford or Cambridge, or the Ivy League universities in the US.

Dr. Daniel has a Master’s degree in education, and a PGCE in Mathematics. His particular area of interest is technology and IT in education and early in his career he was shortlisted as a finalist for the National Teaching Awards to recognize his work in technology. He was involved in some of the original projects in the UK to trial interactive whiteboards for classroom teaching, and has been working to develop software to support mathematics teaching.  More recently, he has been involved in training with American universities in areas such as the mathematics of 3D computer game design, and artificial intelligence. He brings all this knowledge to the game development club. “My role in the club is to explain some of the maths, and then the students take that as a building block to take it where they wish,” says Dr Daniel. Club members learn the basics of game building and then work on their own projects.

What can you expect to learn at the Game Development club?

One of the main objectives of the course is to train students on Unity and C#. “The advantage of this club is that students get to learn about Unity – the most powerful game engine in the world – that uses CSharp, one of the three great C languages that is a powerful, professionally-used tool,” says Dr Daniel. There is a massive scope for students to use these languages in the future both for game and app development.

One of the main advantages of learning computing online is that it helps students to code alongside the teacher. In a brick-and-mortar school it is very difficult to teach some of the advanced aspects of gaming. “Setting up Unity across a whole site is very difficult, whereas in our case students just have to download their personal version and they are ready to go,” says Dr Daniel. “Coding works much better online and also goes much further online,” he adds.

Using the CGA platform also means serious coders can meet others with the same interests. It will help students to expand on their interests as well as skills as they go further into their coursework.

What is Unity and C#?

Unity is the world’s most popular platform to build computer games. It is also used in digital cinematography, engineering, automotive manufacturing and animations. Unity was used to build popular games like Escape from Tarkov, D.R.O.N.E. and Fall Guys. Each month 2 billion copies of Unity games are downloaded worldwide.

C# is one of the most powerful and useful coding languages for students to learn for future careers. Despite its complexity, it is surprisingly easy to learn. Learning these two programming languages are critical to becoming a game developer in the future.

How is the course structured?

What are some mathematical concepts that can be taught through game development?

Which subjects and courses is it good for?

The game development club is of course an excellent addition to the portfolio of any student looking to make a career in video game development or app development. It is also very useful for those students looking to pursue a career in mathematics and its applied fields. Another really big field of interest where the club is relevant is data science. “Some of our CGA students are really interested in data science and have looked into Harvard’s course on the subject,” says Dr Daniel. And you cannot forget about the most happening field of today – artificial intelligence and the importance of coding for a career there. All of the teachings from the club will help students further apply these when they go to university and pursue careers within coding, development or applied mathematics.

There are also some students in the club who are interested in pursuing a further career in graphic design as well. Through video game design they will be able to expand their portfolios and learn skills that can help them in their later careers.

How will game development help students?

According to an analysis of 26 million job postings by job market analytics firm Burning Glass, about half of the jobs paying $57,000 or more per year are in occupations that commonly require applicants to have at least some computer coding knowledge. This means that coding is a skill that is necessary for most career tracks. The coding languages taught in the club are essential skills for high-paying jobs in data science, information technology, engineering and scientific research. Even jobs in arts and design require some level of coding knowledge these days.

Various school curricula now introduce basic coding by age 5 or 6 and there are tons of coding classes for younger children. The game development club is a natural extension of these coding classes but with a focus on coding language as well as advanced mathematics.

As part of the club coursework, students develop an app or game. These then can be showcased as part of a student’s portfolio when applying for university. “Some of our students are already developing products that can be monetized so they will be able to earn money as well,” says Dr Daniel. This is a big advantage especially for those students looking for part-time work in school or college as well as those hoping to secure internships within the field.

Here are some careers that require programming and coding knowledge:

Median Salary for Careers in Programming

Do I need to be an expert coder to join?

No prerequisite knowledge is required to join the club. If you are interested in coding and gaming, the club is for you. Instructions will be provided in the set-up class on how to install free personal copies the Unity Game Engine software and Visual Studio (for C# coding) on your computer to proceed with the course.

How do I enroll?

All you have to do is fill out a form and you will be on your way to coding. The class meets once in a week and based on your time zone you can join one of two options.

クリムゾン・グローバル・アカデミー is an international, global online high school that allows students to accelerate their studies based on their ability rather than age. Learn more これ. 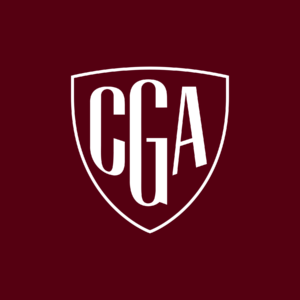