Our Military Schools and the Renewal of a Mission 

I recently saw a poster depicting a diverse group of happy teenagers with the caption “Every Student has the Right to Success”.  The statement was made without qualification or explanation because it was assumed to be a simple matter of fact.  But like so much in ‘progressive’ education today, it may be a simple statement but hidden within it are numerous complex assumptions the majority of which are quite often arguably false.  For whereas most of us would have no problem agreeing that everyone should have the opportunity to be successful, few would want to admit to it as having the status of being a guarantee in life.  After all, that is what a right is supposed to be—a guarantee not an option.   Indeed, the very suggestion that it is a right seems to assume that success is something given rather than earned and or that lack of success would involve that right having been taken away or somehow impeded.  Therefore, in furtherance of this right, one assumes that difficulties or obstacles should be removed or should never have been present.

Yes, there are all manner of reasons to explain why a person is not successful but interestingly enough they are often the very reasons one can point to explain why a person is successful.  For ironically, every successful person becomes successful by overcoming obstacles and difficulties rather than succumbing to them.  I have never read any biography or autobiography of a remarkable individual with a perfect upbringing and life without pain, loss and conflict.  Perfect upbringings and childhoods often produce very dull and complacent adults and if they cease to be so, it is entirely because of the conflict between their childhood and adult experiences.  What defines us as human beings is character and character consists in not what we are given but in what we make of what we are given; not what we are not given but what we make out of what we are not given.

The focus on the importance of character is a recently discovered topic in modern education and whereas it is sometimes discussed, this is normally in the context of the belief that it can be taught in a classroom with a blackboard and a stick of chalk.  But character is not something that can be taught.   It is a quality that appears spontaneously but can also be accessed and nurtured within an appropriate environment.   It has long been the central focus of all military schools to precisely do that.  They have always been united in their common understanding that knowledge without the ability to act is a self-limiting objective.   Education within the military context has always been related to character and character has always been related to a sense of strong individualism.  In youth, strong characters often bring their issues to the table.  Even today, in their youth the best future leaders often display the same central characteristics:  strong-willed, highly intelligent, manipulative, testing limits and subject to impulsivity.

The main purpose if not the main purpose of military education is to help students to develop the self-control and self-direction required to channel their energies and abilities.  The main lesson —— teaching them that personal freedom does not consist in doing what you want but in being able to control yourself to do what you need to do.  In this way, you can realize goals and ambitions while knowing the necessity to formulate strategies and alternatives of action.  A fusion of emotion and intellect provides the underlying framework, and their successful integration forms the mental landscape in which individual fulfillment and personal happiness can flourish.

The ancient Greeks introduced to Western civilization the notion of the person as a complex entity made up of three parts.  Aristotle, for example, stated that man had three souls:  vegetative, animal, and rational.  However, an analogy that was sometimes employed was that of a chariot, the charioteer, and the horse.  A successful balance of the three was made possible by balancing strengths against weaknesses.  A very strong horse with an inexperienced charioteer would spell disaster as would a strong horse, an experienced charioteer, and a defective chariot.  The fastest chariot would be the one that matched a skilled charioteer, a strong horse, and a sound chariot.  The analogy carries well to the intellectual, emotional, and physical elements that make all of us what we are.

Needless to say, that many of our young possess strong horses and delude themselves with the feeling that whatever direction they are pulled in by them is the direction that they wanted to go in the first place.  The separation of horse and driver requires the realization that they are not one and the same.  What is felt is not what is thought.  Feelings can serve to energize thought, but more often than not feelings can only serve to distort and impede it.  The introduction of direction and its pursuit requires the introduction of purpose.  Purpose, if it is not to be defined only in terms of self-advancement, needs to incorporate purposes beyond the self and to extend to others.  Indeed, the index of morality seems to be inexorably tied to the extent to which actions take into account the well-being of others in concentric waves beyond us like those emanating from a stone tossed into a pond.

Again, military schools have traditionally valued and fostered not only self-control but also the subjugation of the self to the group, to the unit and to the country. with each layer inexorably connected to the next. Self-sacrifice is the ultimate testimonial of the subjugation of personal interests to a higher purpose.  As such, military schools have always promoted the view that education is not only to secure employment but also to produce useful contributing members of society capable of transcending mere self-interest towards altruism and in so doing invigorate the basis of the society to which they belong and the democracy in which they participate.  For it has been often said that the quality of a democracy is entirely dependent upon the decision-making ability of its electorate and that ultimately falls upon education to provide.

Military schools were never intended to simply produce soldiers.  It was well understood that most graduates were never destined to be professional soldiers albeit that they might be called upon to serve for a period of their life.  Ultimately, the objective was to produce good people who added more to existence than they took away and worked together with others to advance mutual values and objectives.  Such people used to be called good citizens.  However, in current times, one hardly ever hears that expression as the focus on citizenship has given way to referring to people as consumers.

It is sometimes argued that if everyone pursues their selfish direction vigorously that society’s best interests can be achieved.  Facing challenges with courage and resolve are the keys to success both on a personal and collective level.  This is an outcome that can never be given or guaranteed but must always be earned. 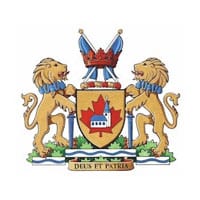 Robert Land Academy is an all-boys military themed boarding school for grades 5-12. We focus on pushing boys to achieve their academic, physical, and emotional potential through rigorous study schedules, a professionally executed exercise regime, and a cognitive behavior therapy counselling model. We take struggling boys, influenced by the distractions presented in today's society, and help them grow into successful, confident young men, ready to succeed at the post-secondary level.