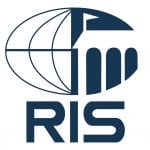 I’ve always been a girl who is interested in science; science is my passion. I could learn about science all day, every day. However, I still do not know what to do, as a career, after high school. A lot of people have told me to go to medical school because I love lifesciences, but I didn’t think that being a physician was for me. After many conversations with my mom, she suggested that I join a rather interesting summer program to find out what I can do in the medical field. This past summer, when most people are enjoying their time off school and traveling around the world exploring places, my mother sent me abroad to a summer program at Boston University, and I have to say, it was awesome. 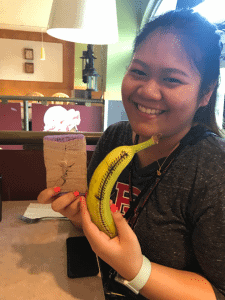 In the program, “Academic Immersion: Introduction to Medicine at Boston University”, I was given the opportunity to explore different areas of medicine through hands-on experiences. Our daily routine consisted of a lecture/seminar in the morning where we learned about physiology, infectious diseases, and modern medicine. In the afternoon, we traveled to the medical campus for different lab activities relating to what we had learned in the morning. For example, one morning we learned about the cardiovascular system, and that afternoon we did an ECG lab. Some of the other activities included an alcohol absorption lab (seeing how much a body can naturally absorb alcohol), a neurology lab where we got to work with cockroaches, CPR certification training, and simulation labs where we learned to do a basic health check.

There were other parts of the program that made it such a great experience. We stayed at the Warren Towers (the freshman dormitory of Boston University) and were allowed to use the university’s facilities, such as laboratories and lecture rooms, as well as to study at the university’s medical campus. During my three weeks at the dorm, I learned to make friends and live on my own. I made so many unforgettable memories during my classes while I was there. However, there were two unforgettable moments that stand out and that I would love to share: the experience of learning how to do sutures and the chance to hold real human brains. (No, you did not misread that.)

From the first day I received my class and activity schedule, I knew that learning to do sutures would be an amazing experience and skill to have, and I was not wrong. Most of us in the program were looking forward to this class, and we had heard a lot of amazing experiences and great tips from another group of students that had done the activity the day before. By the time we got to the class, we already kind of knew what was going to happen. 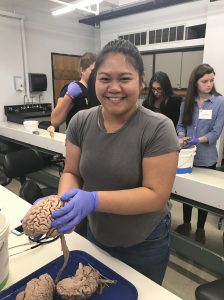 Two ENT (ear, nose and throat) surgical residents were our teachers for the day. They taught us how to do basic suture stitches, such as simple interrupted and uninterrupted sutures, as well as more advanced stitches, like vertical and horizontal mattress sutures.

We were given a banana and sponges to practice the sutures on, as well as many different types of surgical suture threads to work with. Some threads were made of silk and some were absorbable, meaning they do not need to cut out the stitches later—your body will just absorb the thread (how cool is that?!).

Making my first stitch was a very odd sensation. The needle is not straight, like one you use for sewing clothes, it is more similar to a hook. This made it a bit harder to aim in the right direction and to know how deep you must go. Also, you cannot pull the thread too hard or else you would rip the banana skin apart. One of my proudest moments in this program was in this class: I got a compliment from one of the surgical residents about my sutures! I was on cloud nine after that, and I even kept the banana for a week and a half after the class. (It was probably not the most sanitary thing to do, but I was very proud of my work!)

As a junior in high school, the last thing I expected was to find myself holding a real human brain. But that’s exactly what happened! It was an unforgettable day. I even remember the smell of the room: it smelled like pool chlorine, only ten times stronger. Even after the class, we still smelled like brains. Our professor taught us about the different lobes of the brain and the specific features that we should be looking at. But after the lecture was the most exciting part. The brains came to the lab in buckets that were filled with chemicals to preserve them—the professor called it “Brain Juice”. The buckets looked normal from a distance, but once I opened the bucket, it was not normal at all. The fluid the brain was in was a mauve-pinkish tone, and I had to reach my hand in the bucket to take it out — luckily, the professor helped us with that. Now, to the big question: what does a brain feel like in your hand? The brain felt very heavy, super dense, and it also had a very soft, squishable texture. The brain I was holding also still had the spinal cord attach it to. It was amazing to realize that spinal cords are actually shorter than you would expect. The spinal cord ends about three quarters of the way down your back.

Another question you might be asking right now is how I was not scared of the brains? Honestly, I was terrified of the brains. However, by the time I knew it, the brain was already in my hand and it was not that bad. It was such a cool experience. After our exploration with the brains, our professor had us play a game called “brain puzzle”. Teams were given a brain that had already been dissected, and the goal was to race to see who could put the pieces of the brain back together the fastest. You could say, literally and figuratively, that this was a brain puzzle game! I am proud to say that my team won.

Beyond what I learned in this program, I’ve also made many friends who I’m still in touch with. I would also love to take this opportunity to thank Mr. Duncan Blair, my grade 10 biology teacher, for making this experience possible. Without the knowledge you taught us, I would not have survived the first lecture. (The first lecture was actually the whole biology 10 course condensed into two hours.)

Ultimately, this course has helped me to understand that medicine is more than just being a doctor. Like from this quote from an anonymous person, “Be like the stem cell, differentiate yourself from others”. In order to be in the medical field, you don’t always have to be a doctor like so many others. Dare to be different. Thailand is more than willing to accept your difference. 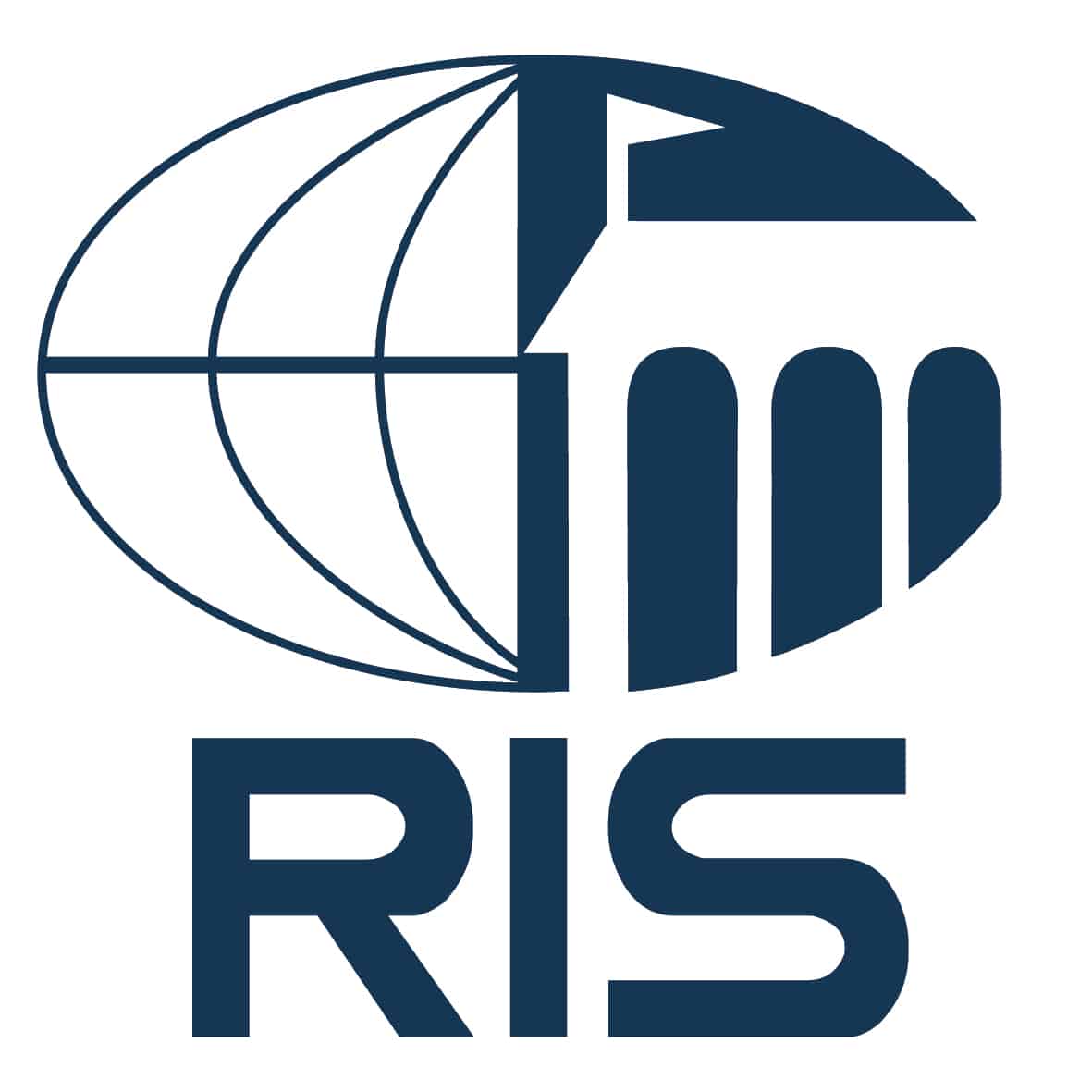 Does Harvard Accept International Baccalaureate (IB)? What is the minimum score accepted?